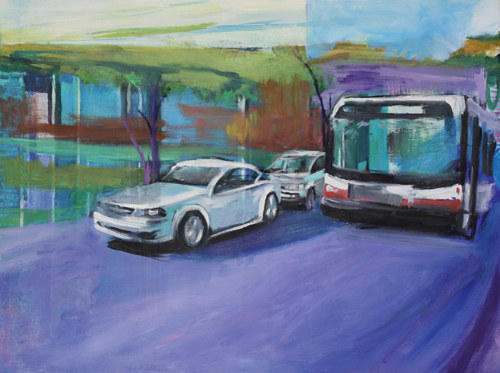 Madeline Shea has been drawing and painting for her entire life, graduating from Parson’s and going on to teach art for three decades. Madeline paints in a loose, airy style that captures the mood and feeling of a scene, place, or person. 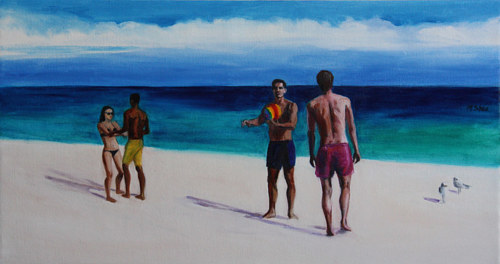 The artist’s portfolio is composed mainly of figurative works. She often depicts human figures but tends not to focus on a single subject, rather depicting complex scenes and tableaux of everyday life. When she does create portraits, the often include more than one subject – sometimes a person and a pet, for example – and the background setting is rendered in as full detail as the figure, lending a sense of certain reality to each image. 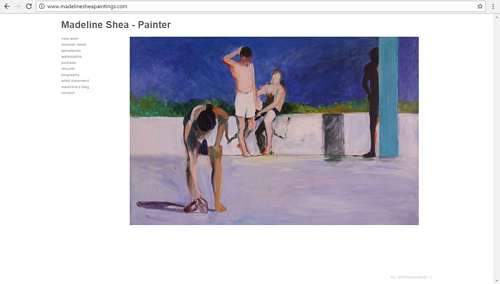 I’m interested in Madeline’s recent works and the way the artist has adopted an even looser painting style of late. Many of these works seem to focus on urban scenes, moments between strangers, and interesting views of nature within an urban setting. The artist’s blended, gestural of painting gives these scenes a quietness, and yet the heavy, fast brush strokes seem to parallel the fast pace of urban life. 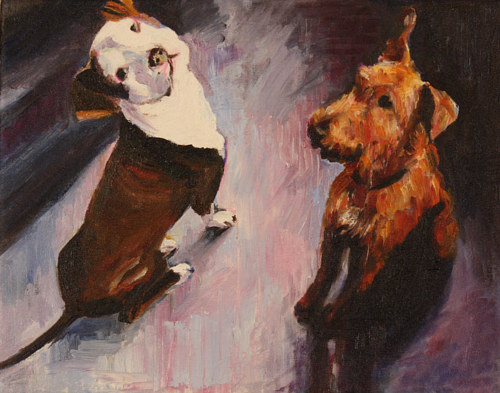 pen and pad, oil on canvas