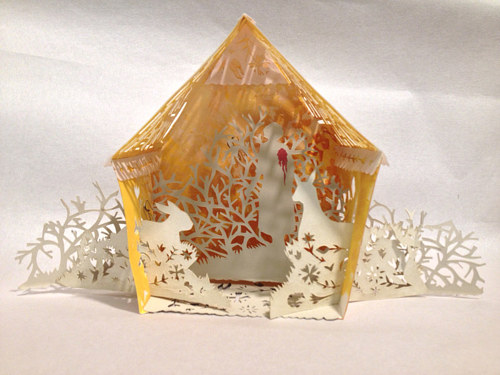 Jess Richter is a German-Canadian who uses her work to express and explore the fragility of her mixed cultural identity. Her most recent works reflect a kitsch aesthetic that is rooted in an underlying memory of the artist’s grandmother. 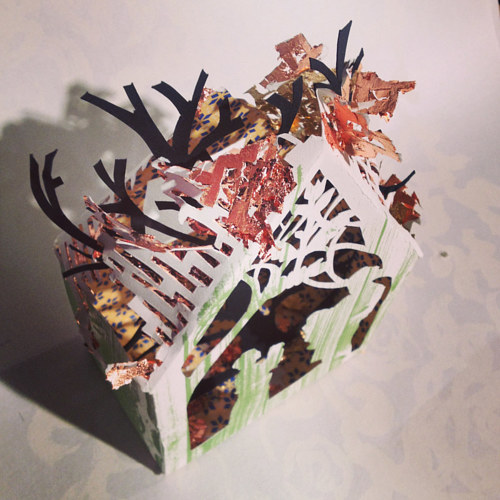 Jess’ Haus series takes the form of paper cutouts that are then folded into three-dimensional artworks. Each is a deconstructed form of a house, acting more as an idea or feeling condensed into a four-walled form than an accurate depiction of an architectural model. The works borrow from the German art of Scherenschnitte, or scissor-cutting, to create highly detailed silhouetted forms. The detail in these works is really impressive, and Jess’ photographs of them put great emphasis on the shadows cast by the cutouts, effectively allowing the lighting to become a part of the work. 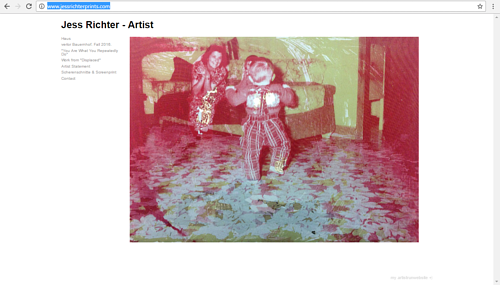 The form of the silhouette appears as a motif of sorts in a large portion of Jess’ portfolio. In a recent series of print works, for example, lightly shadowed figures are layered over negative space, behind darker silhouettes in the foreground. The works seem to exist in both two and three dimensions simultaneously. 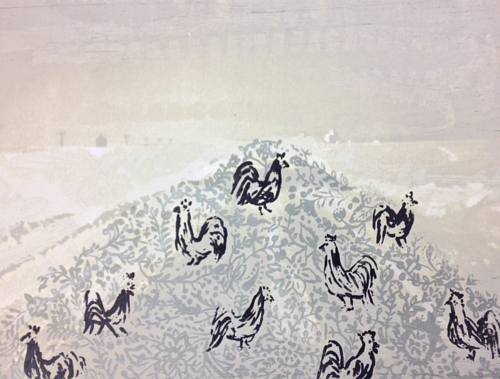