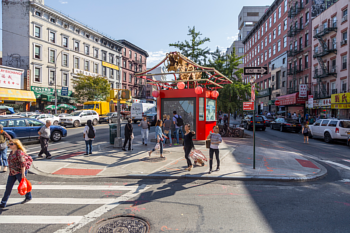 New York’s Chinatown is putting out a call for submissions for a new work of public art to be installed at the point between Chinatown and Little Italy. Submissions are being accepted until June 19, with the prompt “Gateways to Chinatown.” With a set budget of $900,000 USD, the project’s goal is to promote Chinatown’s increasing identity as a center for the arts in New York, providing visitors and residents alike with a visual monument to the location. 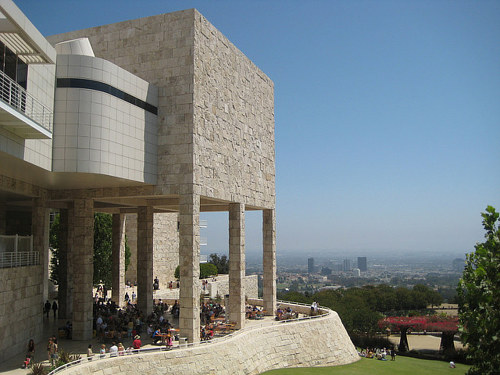 The Getty Center Museum in Brentwood, Los Angeles, was evacuated Tuesday afternoon after museum staff received a telephone call expressing a bomb threat. The call reportedly came in shortly after 2PM on April 18th. Guests in the museum were cleared out after 4PM, and the museum was declared safe by police by 6PM, set to reopen the next morning. At the time of writing it is unclear who made the call. 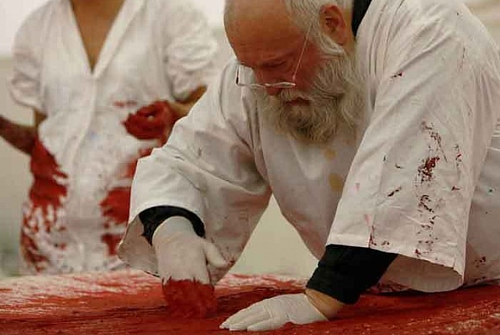 An upcoming performance by Austrian artist Hermann Nitsch is drawing outcries from animal rights activists. The performance, set to take place as part of Dark Mofo, a music festival put on by the Tasmania-based Museum of Old and New Art, will reportedly involve slaughtering a bull to facilitate a bloody onstage ritual involving several actors and an orchestra. Though the performance date is set for June 17th, activists have started collecting signatures on a Change.org petition that as of Wednesday had garnered over 6,000 signatures. Leigh Carmichael, creative director of Dark Mofo, notes that the bull in question will be one that has been specifically raised for slaughter and will be killed in keeping with Australian humane standards. 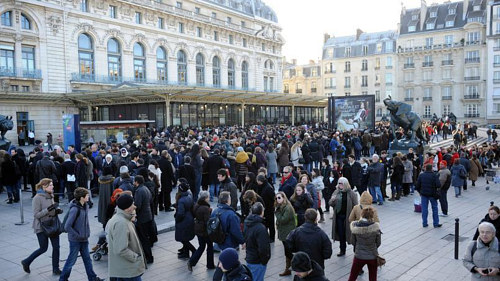 The Musée d’Orsay in Paris is facing allegations of racial and class discrimination. The allegations come following a tweet that revealed apparently prejudiced visitor regulations for school groups posted on the museum’s website. On a page that has since been changed, the museum noted that schools from low-income areas of Paris were permitted to bring groups of up to 20 students, while schools from higher-income areas were allowed up to 30 students. This latest controversy comes about a year after a Paris teacher spoke out against the museum for “unfairly reprimanding” students based on racism and classism.