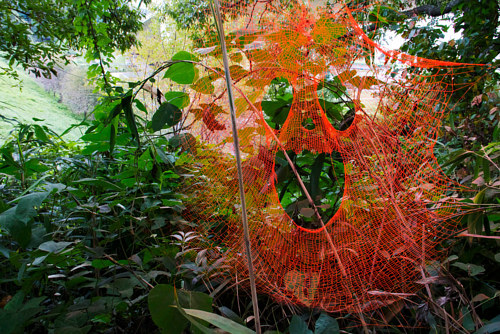 Michael Anthony Simon is from Chicago but relocated to South Korea in 2009. Still based in the Korean countryside, Simon has taken to the unusual medium of spider webs to form the substrate for his lacquered sculptural works. 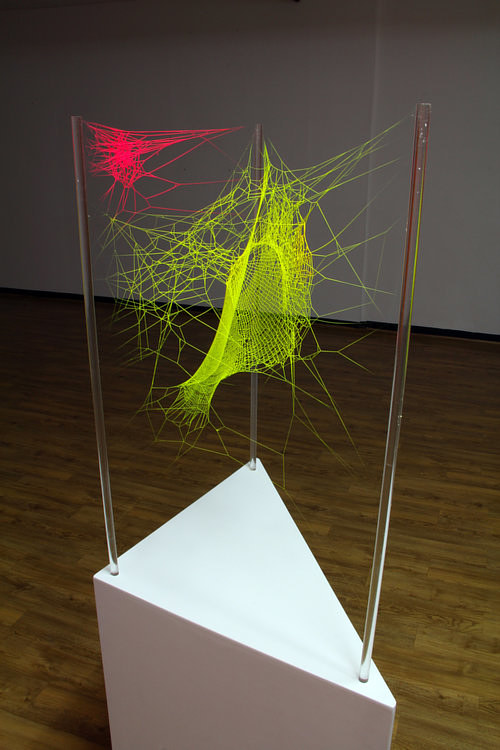 While the process and idea of using spider webs in artwork is fascinating to begin with, I love that Simon’s works are also incredibly beautiful. Simon begins a spider web work by allowing a Nephila Clavata spider, native to Korea and Japan, to spin a web between a series of plastic posts on a wood plinth. Once the web is finished, the artist returns the spider to its habitat and sprays the web with numerous layers of colored lacquer.

The result is bizarre, otherworldly forms that look almost too delicate to exist, something like the works of Irby Pace. Occasionally Simon also lacquers abandoned webs that he comes across outdoors in the forest, and these works have an even more bizarre aesthetic, looking like ghostly forms that one has hallucinated after getting lost in the forest. 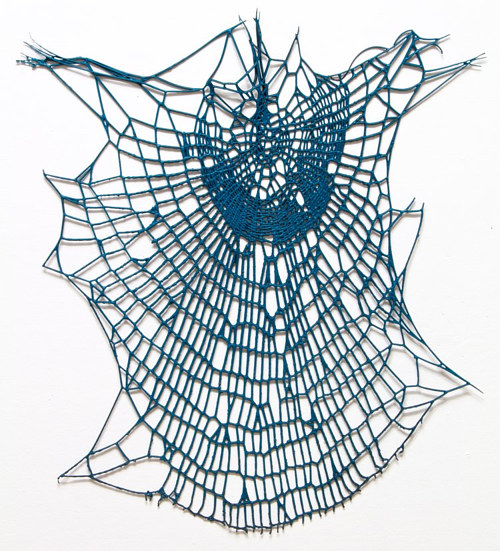