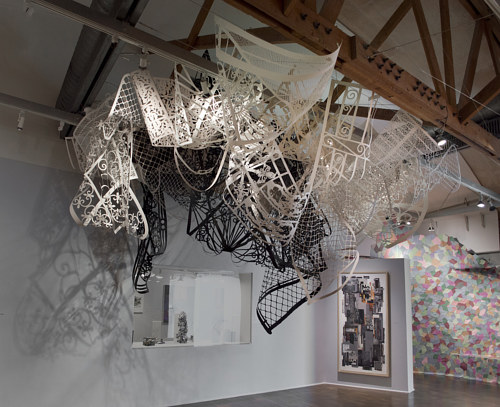 Margaret Griffith is originally from Winston Salem, North Carolina. Griffith draws on the aesthetics of architecture, using elements like wrought-iron and chain-link fencing to build up new and different sculptural forms. 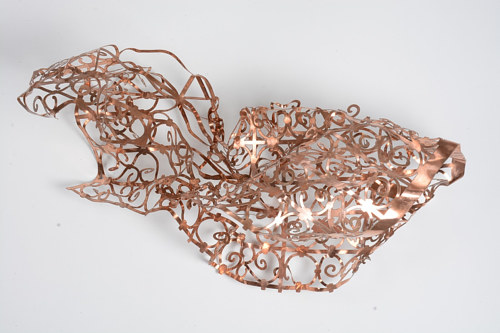 Griffith creates sculptures, as well as drawings and public works. I’m quite taken by her sculptural installations that are placed to hang from the ceiling of galleries – though the individual forms appear to be appropriated from wrought-iron fence designs, when layered together they take on an organic look that is almost disconcerting, like giant expansive spider’s webs, or the nest of alien creature.

These forms are echoed beautifully in Griffith’s drawings, in which intricate, curling structures are rendered in two-dimensions on paper, reinforcing the notion of taking a real form and making it abstract. I like the artist’s use of negative space in these works – especially given the non-solid nature of the architectural elements. The clean, white paper becomes as much a part of the work as the drawing itself. 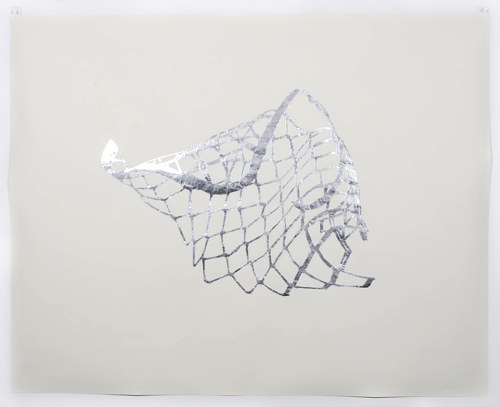