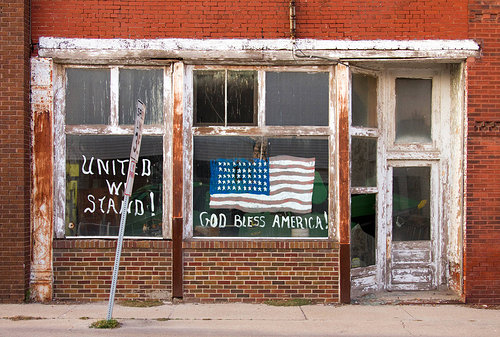 "I have had a lifelong interest in American Popular Culture. Growing up in suburban Long Island, I grew up surrounded, immersed and participating in it.   This showed in photographic series on human facades and shopping malls.

In the late 1990’s I started photographing simulations of the American Flag.  I was not used to them or the atmosphere in which they resided.  They seemed to sit at an intersection of patriotism, popular culture and religion.  They were few and far between." -- Ted Diamond 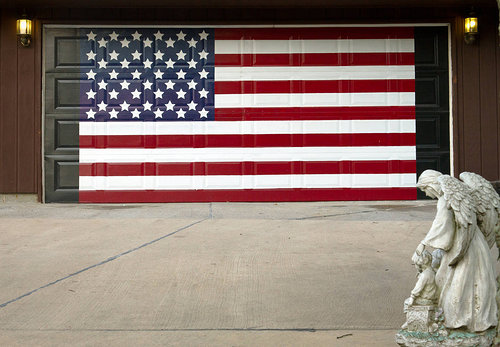 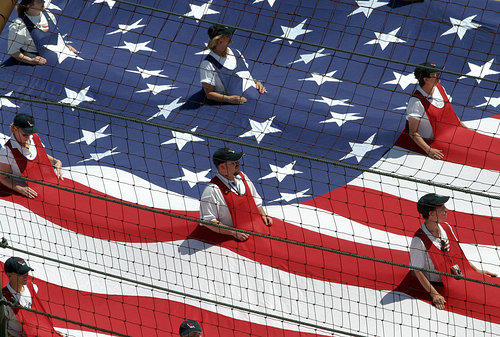