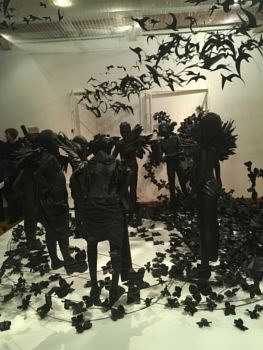 The 57th Venice Biennale is now open, and among its most interesting sites is the Nigeria Pavilion - the first time the country has had a pavilion in the festival. The pavilion is located inside an 18th-century building that was once home to Venice’s gold leaf and gold thread guild. Inside, an exhibition titled How About Now? features works by Victor Ehikhamenhor, Peju Alatise, and choreographer Qudus Onikeku.

Even after opening day, controversy continuous to follow Damien Hirst’s latest exhibition in Venice. This week, Victor Ehikhamenhor noticed that one of the sculptures in the exhibition, Treasures From The Wreck of the Unbelievable, is a nearly exact copy of a 14th century Nigerian sculpture that was unearthed in 1938. That bust is a noted historical artefact due to its representation of Nigerian culture prior to any contact with European colonials. According to Ehikhamenor and others, Hirst’s use of the sculpture’s image is cultural appropriation and will take away from future generations’ understanding of Nigerian culture. 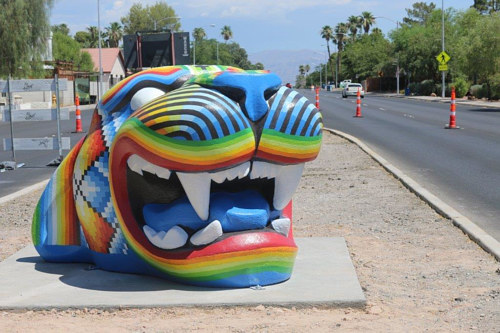 A public art installation in Las Vegas has run into several snags in its installation process. Centered, a work that brings together numerous smaller sculptures in varying locations throughout the city, is behind schedule, and partly because two of the pieces in question were stolen by Vandals. Another piece of the sculpture was reportedly destroyed when a car jumped a street median and plowed into it. Centered is the first public work of its kind in Las Vegas, and is so far receiving mixed reviews from residents. 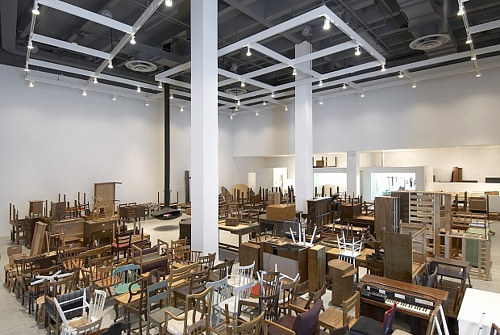 British Columbia art collector and real estate developer Bob Rennie made a sizeable donation to The National Gallery of Canada this week, in the form of 197 works, many of which are by Canadian artists. The selection of artists favors Vancouver artists in particular and includes the likes of Ian Wallace, Brian Jungen, and Geoffrey Farmer, though notably Rennie also included a politically charged work by Colombian artist Doris Salcedo. The selection of works is worth over $12 million CAD, and is being donated as a celebration of Canada’s 150th anniversary. 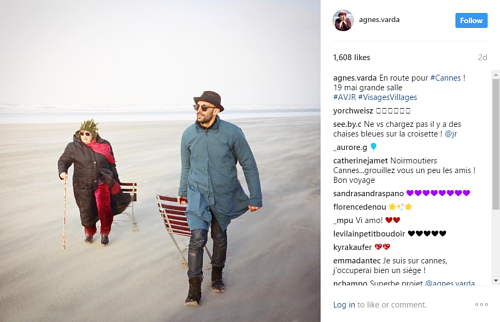 Photographer and filmmaker Agnes Varda is now on Instagram. As of this writing Varda already has three images up on her page, and a thousand times as many followers.