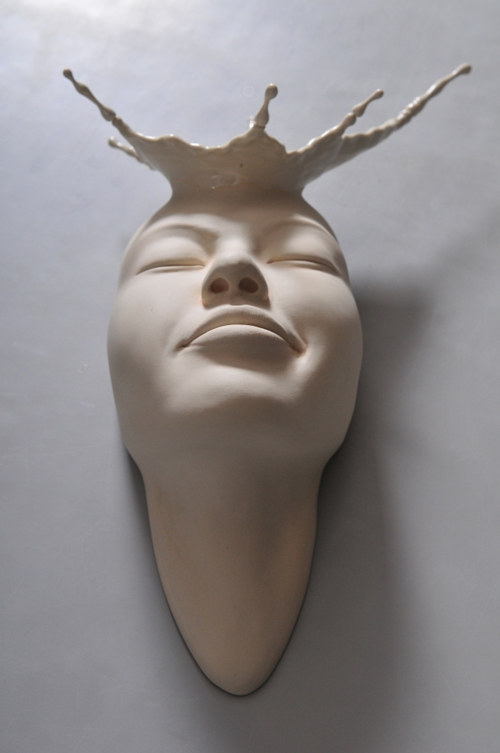 Sculptor Johnson Tsang deals with distorted versions of the human form, creating incredibly detailed yet surreal masks and bodily figures in ceramic. Tsang frequently employs childlike figures with cartoonishly large heads that tend to produce a sense of unease in the viewer. 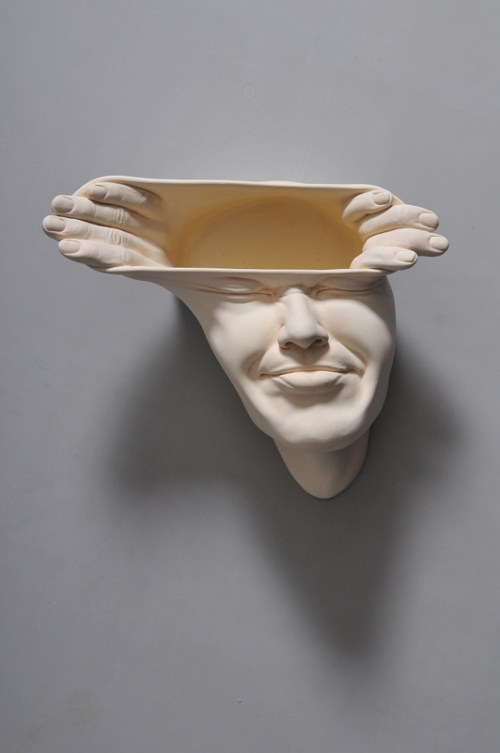 Tsang exhibits an amazing level of control over his medium. His ceramic faces are generally pale, and sculpted with a sense of elasticity that goes beyond what one would expect in real life. Each of Tsang’s figures is imbued with a sense of life, especially those where they eyes are painted and glazed to be as shiny as what one would expect in real life.

This hyper-realistic aesthetic carries over into the artist’s recent works, which are a little more subdued in terms of color but not lacking in their textural appearance. These wall-hanging works are left in pale, cream-colored ceramic and unadorned with paint, leaving the viewer only the near-grotesque sense of stretching, melting skin that evokes a strange dream. 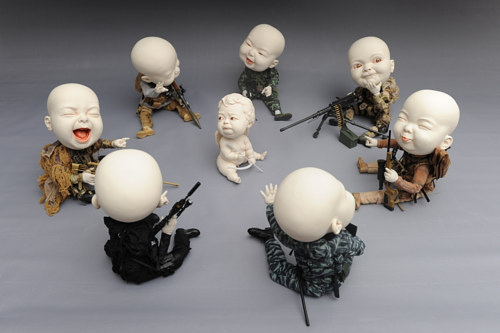