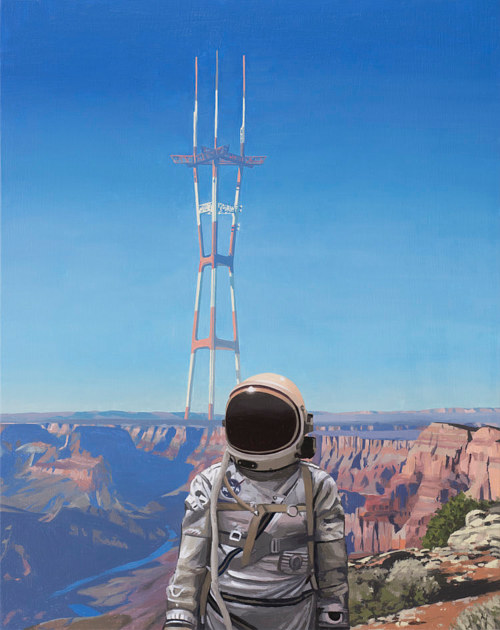 Scott Listfield is a painter from Boston, Massachusetts, who specializes in the seemingly anachronistic subjects of astronauts and dinosaurs. Listfield’s realistic painting style takes on a surreal edge where the artist includes sly nods to classic science fiction, comic books, and his own imagination. 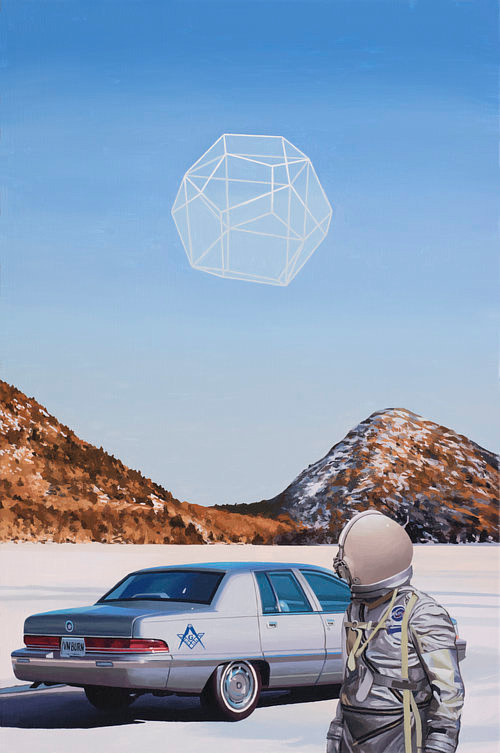 I really love the amount of detail and care that Listfield seems to put into each of his images. The subject matter in many cases has the potential to be treated in a cartoonish fashion, but Scott’s style is more classical and documentary, and it lends a tongue-in-cheek seriousness to each image. In each painting of an astronaut exploring new territory, the lone human figure becomes an avatar for the viewer, allowing us to get inside the painting and truly experience this imaginary space.

Listfield also tends to incorporate pop-culture elements like logos and landmarks into his paintings. Sometimes they take on the appearance of ruins of Earth civilization, seen from some distant future. 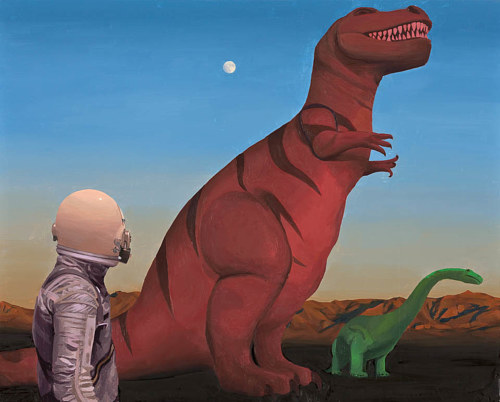