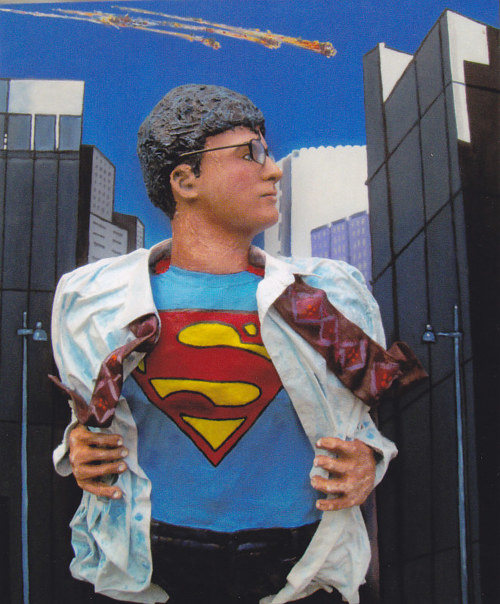 Currently based in Aiken, South Carolina, Ron Buttler is a mixed media artist and painter who often combines the aesthetics of painting with sculptural elements to create three-dimensional portraits and other works. Ron’s background is primarily in oil painting, though his most recent works have seen the artist experimenting with mixed media and paper maché. 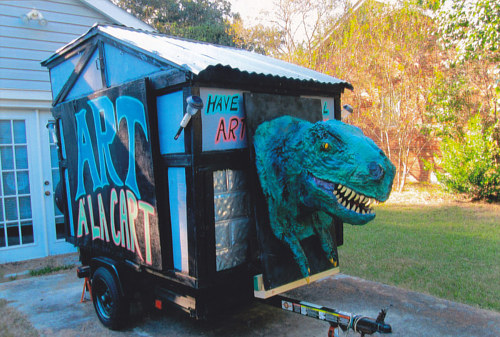 I quite enjoy Ron’s portfolio of three-dimensional artworks. These sculptured paintings feature figures and objects built up out of paper maché additions to the existing picture plane, causing them to literally pop out at the viewer. Some of these works, like Ron’s Art Cart, are essentially sculptural, with the base of the sculpture occupying a vertical plane rather than a horizontal one. 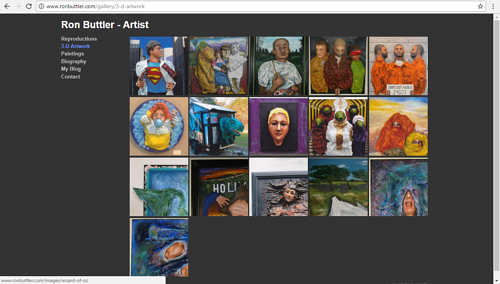 Ron’s two-dimensional paintings have a similar visual language, where lighting and volumes are heavily emphasized to create depth (though not quite as literally, in this case.) The artist’s subject matter is figurative and includes both straight, classic portraiture and moments of playful humor. 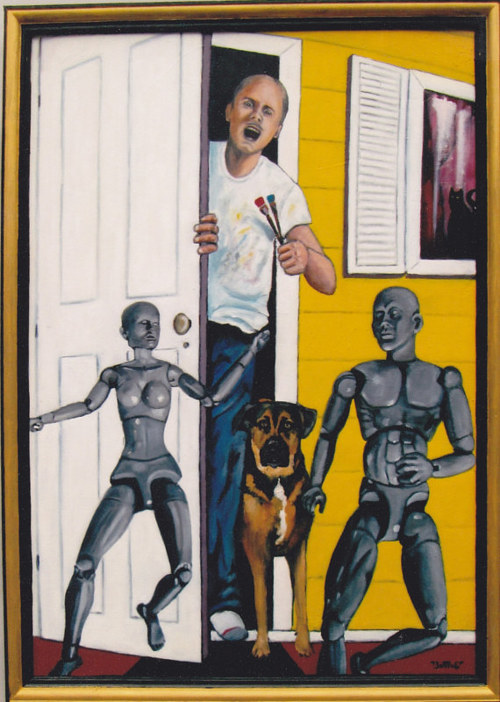