1) Arrests Made in Connection with Giant Coin Theft 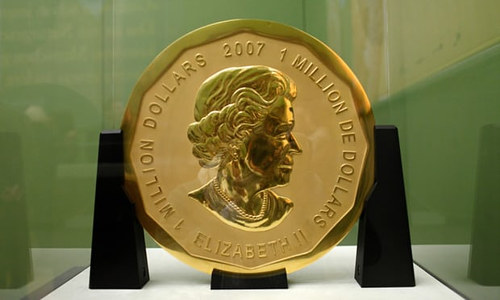 German police brought in four suspects on Wednesday morning in connection with the theft of a giant gold coin in March. The coin, which was the size of a manhole cover and worth the equivalent of $3.9 million USD, was originally produced in Canada, and had been moved to the Bode Museum in Germany, home of one of the world’s largest coin collections. It was not recovered in Wednesday’s raid, and though police are questioning the suspects, aged 18-20 years old, reports say it is likely that the 220-pound coin has already been sold or broken down.

2) An Overview of the "Weird" Art at Denver Airport 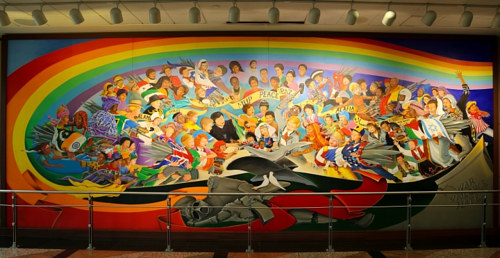 Whether you’re from Denver or have never been, this overview of the artwork in the Denver International Airport sure makes it seem like an interesting place to visit. Previously voted the best U.S. airport for art, part of the DIA’s charm is that it tends to overlook the type of banal abstract sculpture that often gives public art a bad name. Instead, the Denver airport’s collection focuses on the slightly bizarre and highly conceptual. Murals by Leo Tanguma have even fed into local Freemason-based conspiracies. 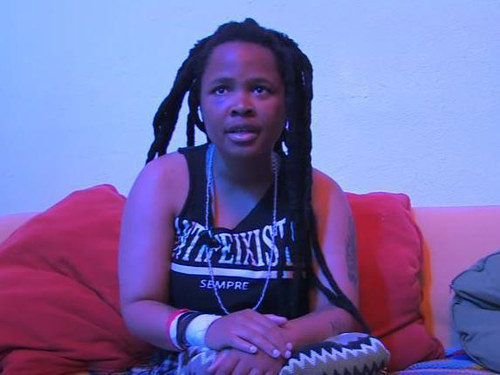 South African artist Sibahle Nkumbi was pushed down the stairs by her AirBnB host while staying in Amsterdam to prep for a solo exhibition at the Stedelijk Museum. Nkumbi was staying with her friend, photographer Zanele Muholi at the time of the allegedly racist attack. According to Nkumbi the owner of the apartment pushed her down the stairs after the two artists were late in leaving the AirBnB rental and requested more time to pack. The host was arrested and charged with attempted manslaughter. 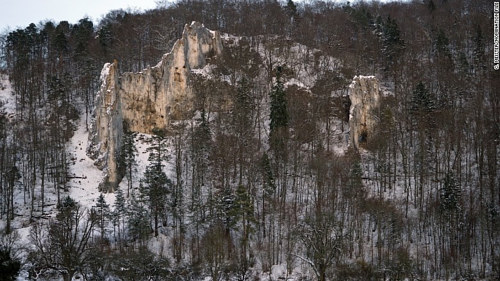 UNESCO, the UN’s cultural agency, has granted heritage status to six caves containing prehistoric artworks. A network of caves in the Swavian Juna region of Germany were granted the protected status after the discovery of artefacts dating back to an ice age 40,000 years ago. These include cave paintings, musical instruments, and over 50 carved figurines including one nicknamed “Lion Man,” for its part-man, part-lion appearance, making it the oldest known example of a definitively figurative artwork.