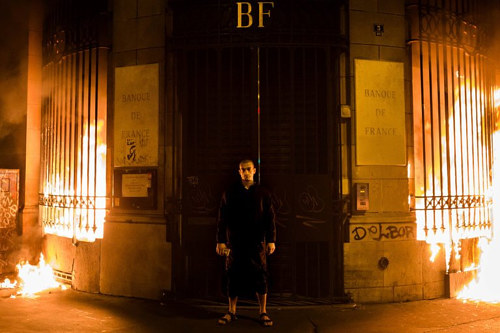 A Russian performance artist was detained by French authorities after setting fire to a bank in Paris as part of an art piece. Pyotr Pavlensky, who achieved infamy in 2013 after nailing his scrotum to the paved ground of Moscow’s Red Square. Pavlensky was granted political asylum in France in May of this year. According to the artist, setting fire to an entrance to the Bank of France was both an artwork and an act of protest, condemning bankers as “monarchs.” Pavlensky and his partner, Oksana Shalygina, were charged on Wednesday with counts of property damage and public endangerment.

2) A Peek at Guillermo del Toro's Monster Exhibit at AGO 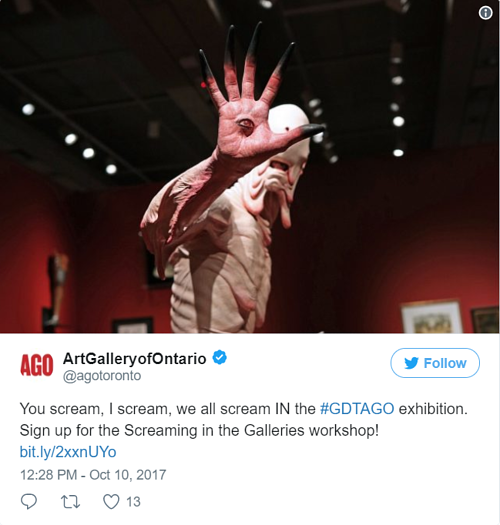 Here’s a look at an exhibition of monster-themed art curated by filmmaker Guillermo del Toro. The show, Guillermo del Toro: At Home With Monsters made its debut at LACMA inLos Angeles, where it closed in November of 2016. Now the exhibition is showing at the Art Gallery of Ontario in Toronto, where it will be open through January 7th, 2018 -- with all new monsters. The works are mostly from the personal collection of the filmmaker, and include original works in a variety of media, as well as props and set-pieces from some of his movies. 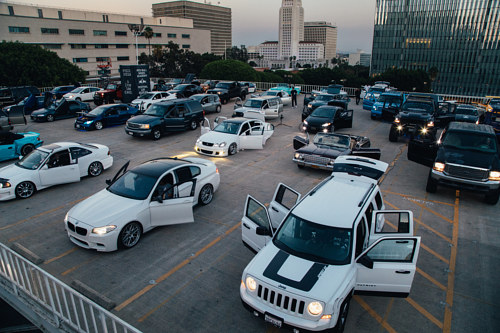 Japanese data artist Ryoji Ikeda staged an ambitious new work in Los Angeles on Sunday, projecting a new sound installation simultaneously through the stereo systems of 100 cars in a parking lot. The work, titled A (for 100 Cars), was positioned in a rooftop parking lot across from Frank Gehry’s Walt Disney Hall in downtown Los Angeles, and took place at sunset. Ikeda recruited 100 local owners of modified low-rider cars and had each vehicle play some variation on the note “A” while visitors could choose to view the installation from afar, or walk among the cars, listening to the sonic fluctuations. 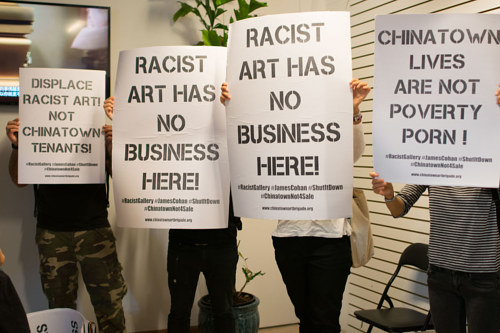 Residents of New York’s Chinatown are protesting an Omer Fast show that is taking place at the James Cohan Gallery. Activists claim that the work is a form of poverty tourism, and presents racist stereotypes about the neighbourhood. The work in question “returns the [James Cohan] gallery to its pre-gentrified state” by adding perceived hallmarks of local interiors and businesses, including distressed tiled floors, “cheap-looking” furniture, and various details speaking to damage and what could be interpreted as a lack of maintenance and upkeep. For their part, the gallery and Omer Fast have stated that they expected such reactions, and that the reactions themselves may be considered a part of the conversation around the work.