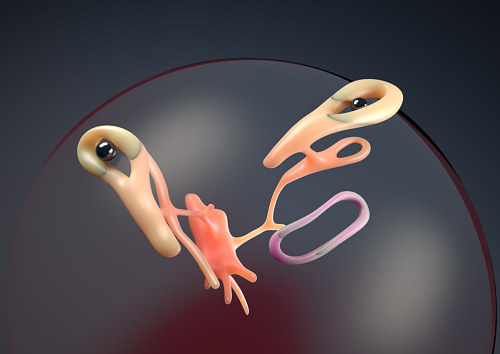 Artist Jun Seo Hahm creates digital compositions that express fragmented biological components, and organic forms oddly removed from their usual context. The resulting images have a sense of the uncanny valley about them, and seem both alien and highly familiar.

Hahm does some work in commercial illustration, and often incorporates typographic elements into the compositions. The intersection between organic forms, digital art, and typography is a bizarre place that invites the viewer to stay a while and spend some time parsing the signs and signifiers therein. Hahm’s incorporation of typography is often brilliantly subtle, created using the outer shapes and positioning of the forms, and sometimes etched into what could be “skin.”

I especially like the works by Hahm where the artist adds simplified facial features to organic forms that seem far removed from faces. These faces are cartoonishly cute, and seem to ground images that might otherwise veer into body horror. The resulting tension adds a sense of dynamism to the works and rewards the viewer for close examination. 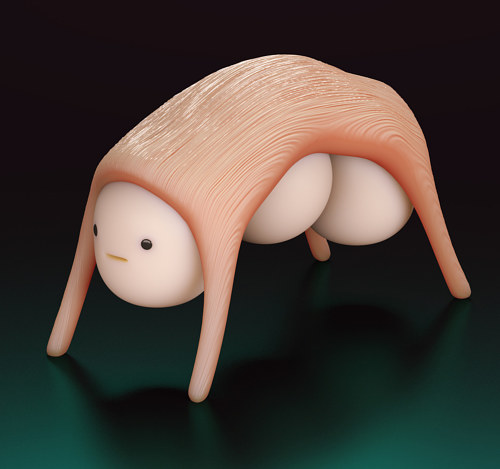