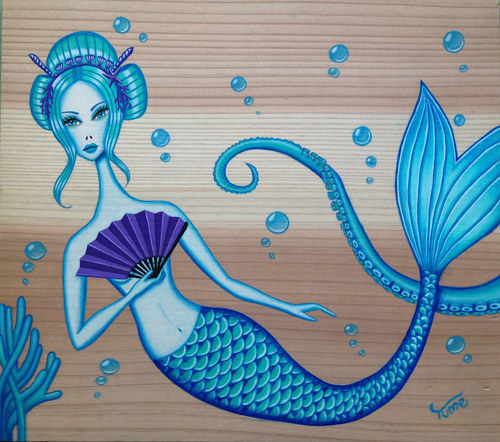 Yume was born in Osaka, Japan, and moved to Los Angeles at the age of six. Her artworks are illustrative and symbolic, often featuring female figures in surreal situations or elaborate costume. 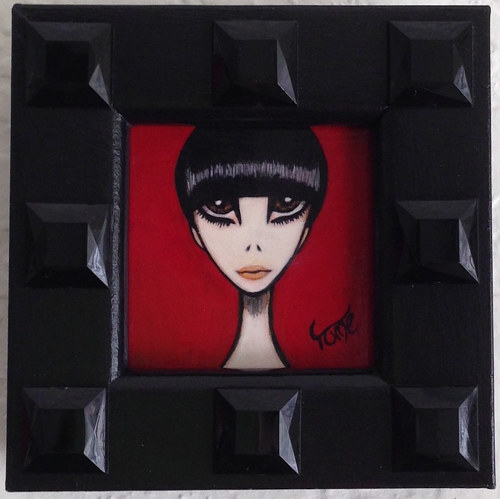 Mod Girl, acrylic on paper board

I like the way Yume incorporates framing into many of her painted works. She doesn’t stop with a square panel or canvas, but surrounds solitary figures in fancifully carved and decorated frames that often match the background color of the image. This visual method introduces a strong sense of physicality, grounding the artwork itself as an object while the figure depicted within becomes more esoteric. 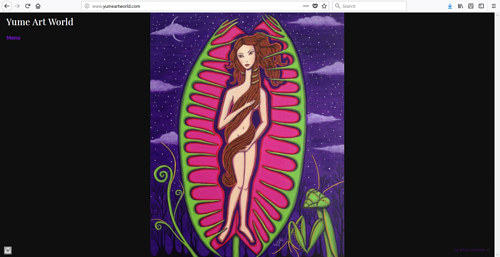 In some of her works, Yume incorporates pop-culture figures, like in her caricatures of the Beatles. The bright colors and splashy paint techniques seen in these works remind me a little of work by Amber Petersen. Yume often builds up pop culture figures out of aluminum can tabs, pasting the tabs onto a small canvas and painting around them in acrylic. 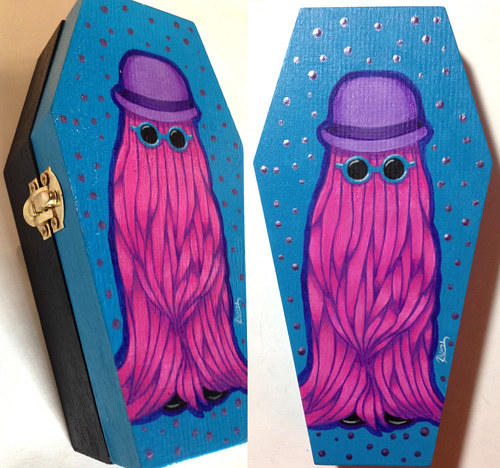