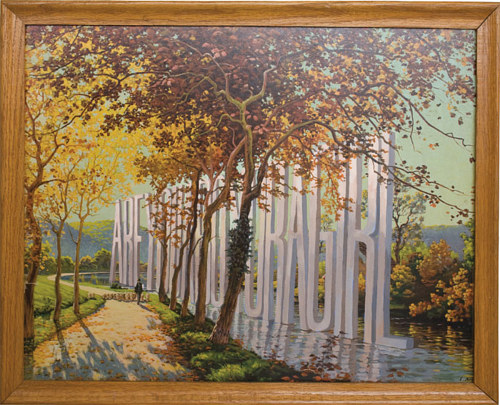 Are You a Boy or a Girl

Originally from Chattanooga, Tennessee, Wayne White is a painter and multi-disciplinary artist with a background in commercial illustration and production painting. In the fine art world, White is best known for his word paintings: images featuring often sardonic words or phrases in crisp, colorful block letters. 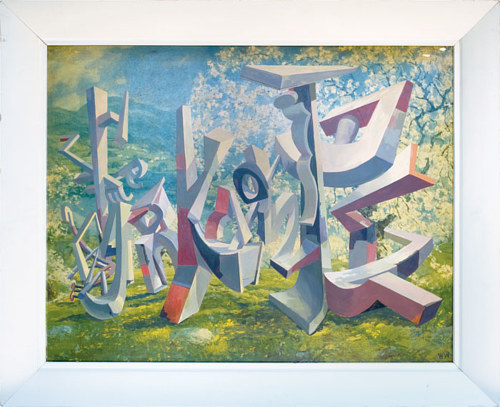 White’s most recent word paintings are quite something – combining text with skillfully rendered landscapes and architectural figures, the artist serves his text alongside several layers of visual rhetoric and symbolism. In some paintings, the text itself is abstracted to the point of being almost impossible to read, and the viewer must rely on the title of the painting to gain a foothold.

These paintings function as a kind of concrete poetry. Unlike text-based works by artists like Jenny Holzer or Ed Ruscha, which tend to focus on the meaning imparted by the words themselves, White treats letterforms as figures in their own right, with life, personality, and a narrative within the painted scene.