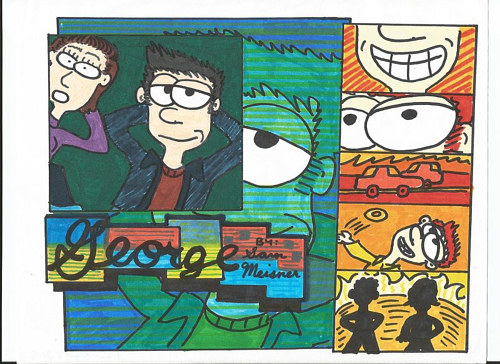 Sam Meisner is the artist behind the cartoon character George, and his comic strip and animated adventures. Based in Nova Scotia, Sam has been producing George cartoons since high school and has continued to work with the character alongside work in animation, music, and the radio industry. 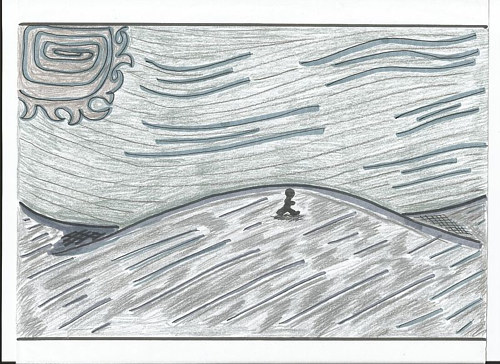 Sam’s “Daily George” comic strips have a delightfully earnest tone. The artist’s simplified, cartoonish style and general insistence on traditional media lend them an accessible, charming persona. In some of the later strips, Sam seems to experiment with slightly more surreal modes of storytelling, with plot arcs that materialize out of nowhere and occasionally seem to come full circle, as well as forays into more abstracted styles of rendering the characters. 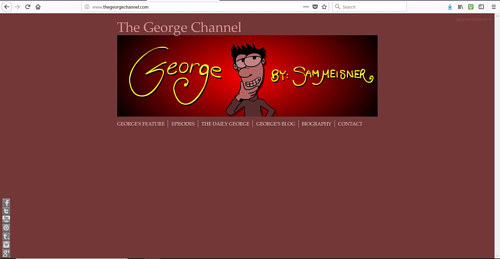 In our previous feature of Sam’s comic strips and short animations, we looked at the way Sam addresses the mundane and the everyday. These themes are certainly prevalent throughout the artist’s portfolio, and I find that this is a big part of what makes the strips so charming. 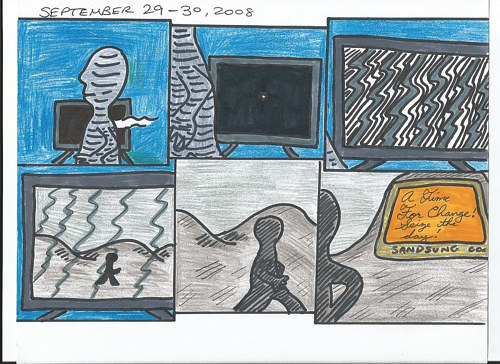