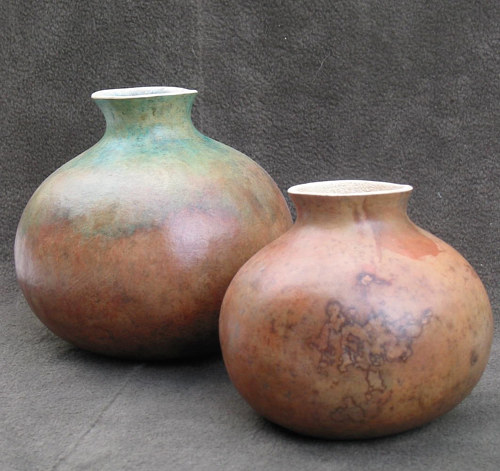 Anne Garwood Roney uses her artistic practice to explore appearances found in nature, distilling the shapes of plant life and natural phenomena into elegant, referential forms. Using found fabric and a wide range of other unconventional materials, Anne reframes familiar objects, allowing viewers to see them in a new light. 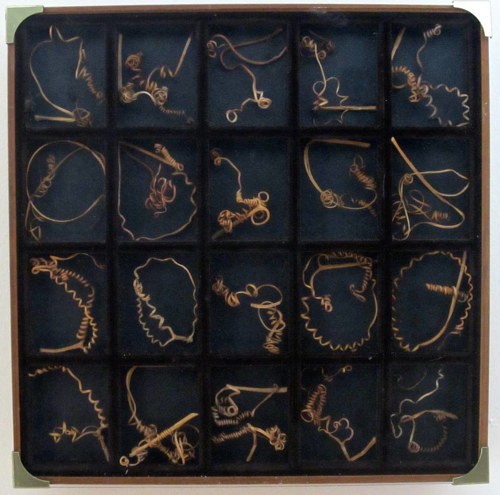 While in our previous feature of Anne’s simplified natural forms we looked primarily at her textile works, this time around I’m interested to see how the artist has been utilizing other materials. In two works titled Grapevine Calligraphy, for example, the artist takes found, dried fragments of a grapevine and positions them in a grid-like display box. The resulting art object appears like it might be the key to decoding a forgotten language, and the seemingly random curvature of the grapevines is re-framed as something more deliberate. 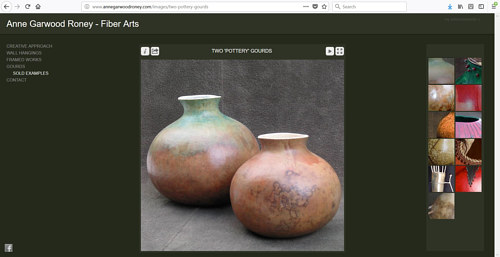 Similarly, in Anne’s Gourds series, the artist takes an existing natural shape as her basis, and often adds only minimal embellishment, instead using her artistic eye to re-contextualize existing forms and patterns. 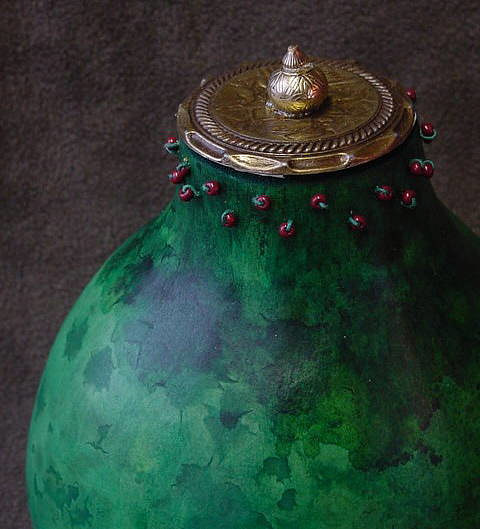