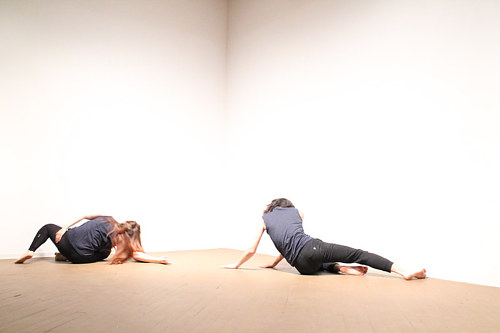 Tanya Lukin Linklater’s art practice is based on conversational performances. Often staged in gallery and museum spaces, Tanya’s performances emphasize and honor indigenous traditions of knowledge-sharing, through oration, dance, and other modes of physicality. 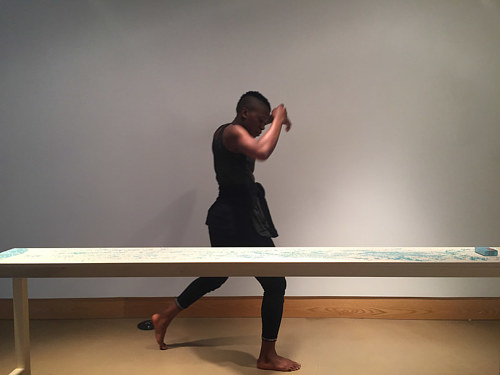 I really appreciate seeing what Tanya is able to do within relatively small spaces, and with simple, streamlined costumes and production. Her dances and performances are very focused on the movements and presence of the human form, and the way she and fellow performers interact with space. I get the sense that many of Tanya’s works could be performed almost anywhere. As much as the planned spaces serve to enhance and inspire each performance, the focus remains firmly on the performers themselves. 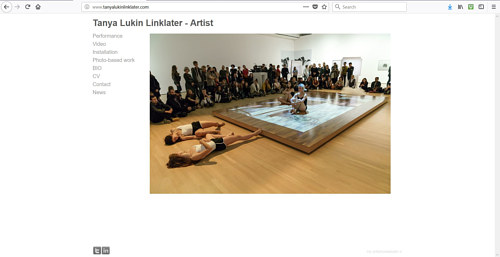 This is clear in works like Tanya’s recent Sun Force, where two performers take over a gallery room even while other patrons are still occupying the same space. The paintings on the wall – dynamic abstractions by Rita Letendre – serve, momentarily, as backdrop. 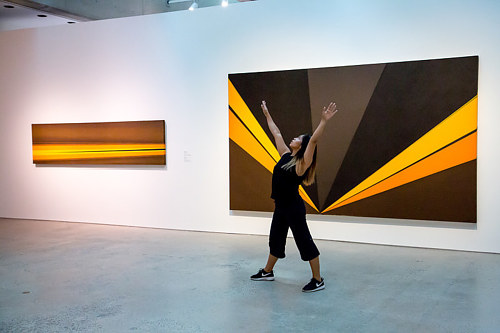