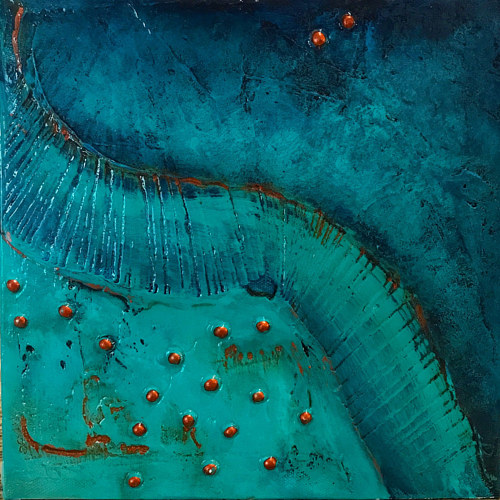 Self-taught artist Ginger Thomas creates mixed media artworks with a focus on interactions of texture and color. Ginger’s abstract works are built up over a layer of adhesive, creating a heavy, mottled look that encourages close examination. 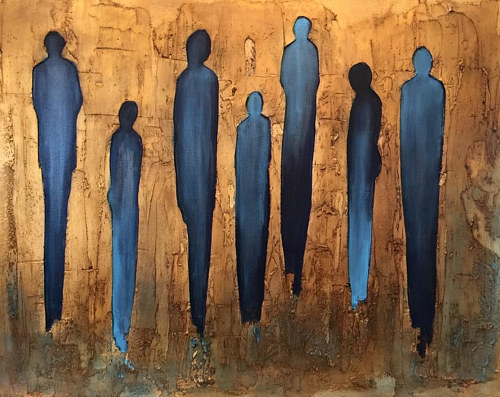 Though Ginger’s works are abstract, I do enjoy the occasional moments where the artist plays with figures – these are never firmly defined as people or objects, but rather seem to emerge from the material of the artwork itself, existing in their own painted realm. Instead of defining details, Ginger’s focus seems to be on creating color contrast. Gold or bronze-colored monoliths stand out against the darkened blue-grey gradient of the background, creating a focal point for the viewer. 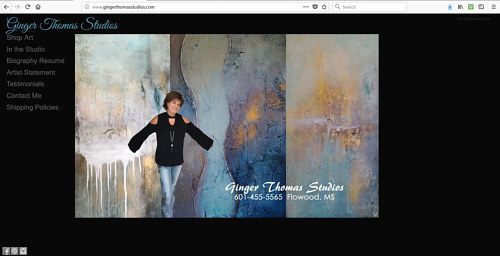 In other works where the focus is on cohesion rather than contrast, Ginger’s layered application of media creates a lush, rich texture for the overall canvas. The placement of color seems deliberate, but never forced, and the resulting works have a calming, almost meditative effect. 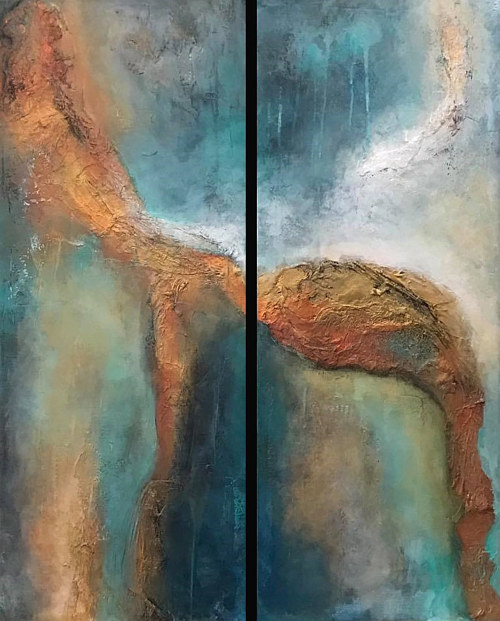