1) On the Official Obama Portraits 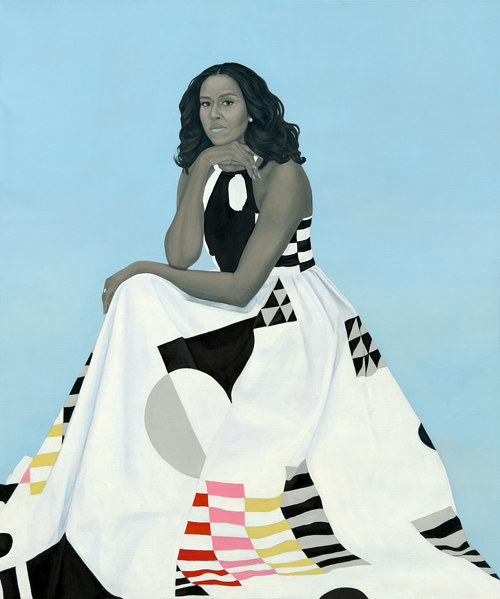 Art critics are weighing in on the recently unveiled official presidential portraits of Barack and Michelle Obama. The former president’s portrait, commissioned from artist Kehinde Wiley, sets the figure of Mr. Obama in a forward-leaning stance, set against a bright background of crisp, green leaves. In the New Yorker, Vinson Cunningham calls attention to the slight skewed perspective in the work, and notes that this uncertainty has often been a powerful feature in Wiley’s paintings. The portrait of Michelle has been somewhat more controversial, with some saying that the likeness of Mrs. Obama is not as accurate as could have been hoped. Doreen St. Felix defends the artist Amy Sherald’s use of gray for the first lady’s skin, noting the interesting dichotomy between sepia-toned past and forward-thinking future. 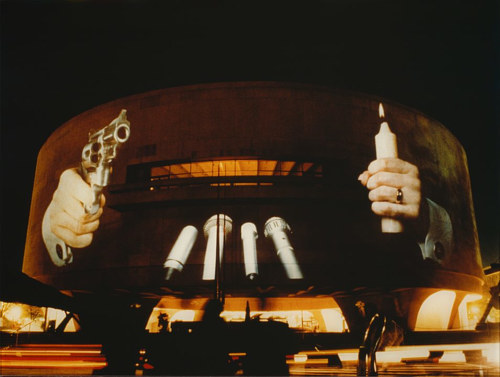 In light of Wednesday’s shooting at a Florida school which left 17 people dead, Washington’s D.C.’s Hirshhorn Museum has opted to postpone the display of a Krzysztof Wodiczko work that depicted a hand holding a gun, and a hand holding a candle, in front of a row of microphones. The outdoor projection was set to be displayed on February 14th and 15th, but the artist has decided not to run the work until a later date, out of respect for the children and families involved. 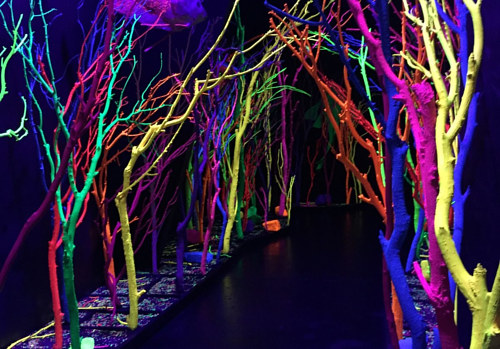 Here’s an interview that profiles the New Mexico art collective Meow Wolf Collective, currently based in Santa Fe. Most recently, the collective has acquired a 20,000 square-foot abandoned bowling alley, re-titled the House of Eternal Return. Within the warehouse space, the collective has plans to create immersive, storytelling experiences from a video game-esque perspective, with plenty of opportunity for interactivity and exploration. Some are hoping that the collective’s activities will help to revive Santa Fe’s economy. 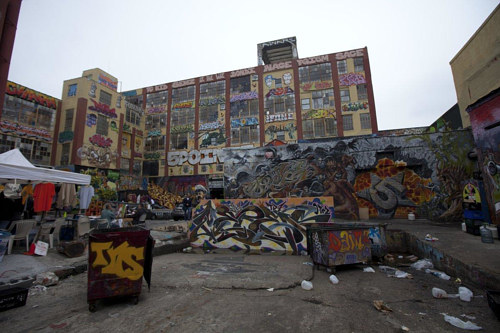 21 graffiti artists have been awarded a collective $6.7 million USD in damages to account for artworks that were destroyed by a Queens developer. The artist had been known for works created at 5 Pointz, a street art mecca in the New York borough. The artists sued under the 1990 Visual Artists Rights Act, a measure designed to protect artworks that have so-called “recognized stature.” Given that 5 Pointz was a noted tourist attraction, a judge ruled in the artists’ favour.