1) A Cloud Column Kerfuffle in Houston and Chicago 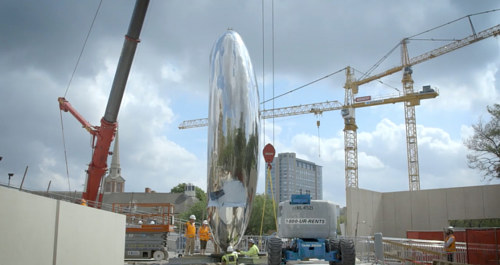 A “precursor” to Anish Kapoor’s beloved Cloud Gate sculpture was installed in Houston, TX, this week (Cloud Gate resides in Chicago) and for a while relations between art appreciators in the two cities became downright adversarial. Cloud Column is a 32-foot oblong shape in the same mirrored chrome as the better-known work. Art critic Kim Janssen derided Houston as a “cultureless abyss” in the Chicago Tribune, and implied that Cloud Column is a sort of runner-up version of Cloud Gate, despite Kapoor’s own insistence that the sculptures are not meant to be viewed as a series. Houston Chronicle Senior Digital Editor Lisa Grey fired back accusing Chicago of “feeling defensive.” A heated, and rather comedic exchange, detailed in the Architectural Newspaper, ensued. 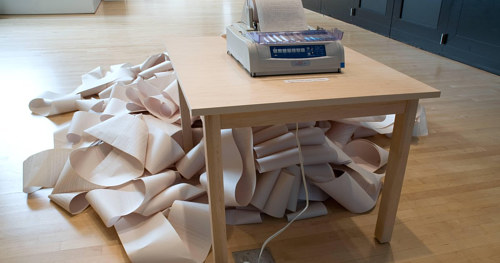 News, a work originally conceived by conceptual artist and noted institutional critic Hans Haacke, is on display at SF MoMA, cranking out endless headlines on curling strips of printer paper. The headlines -- and related articles -- themselves are from RSS feeds derived from Fox News to Reuters to Al Jazeera and concern topics just as varied and far-reaching. Haacke initially came up with the work in 1969, partially in reaction to the assassination of Martin Luther King, Jr. and the perceived indifference of the art world to such revelations. In its many iterations, it has drawn news via wire from a variety of different news outlets. The linked article draws fascinating parallels between News’ original intent, and what news media has actually become in 2018. 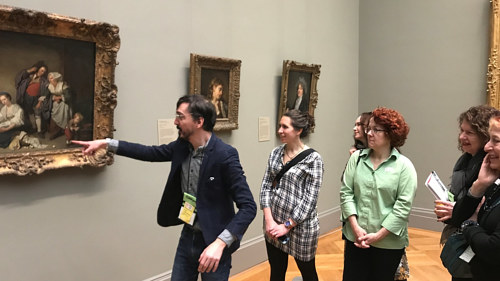 If you’ve ever been captivated by a particularly enticing painted rendition of food, you’ll like this article in NPR that focuses on culinary tour guide Angelos Nannos, whose food-focused tour of the Metropolitan Museum of Art is good for stimulating the mind as well as the appetite. Nannos, who worked as an engineer prior to spending years offering culinary tours of Istanbul, is now based in New York where he offers tour participants a unique take on the many artworks housed in the Met’s collection. As his tours show, food in art is rarely just an innocuous set-piece -- it’s often symbolic, and even humorous. If all this is making you hungry, take a look at more artworks by Michelle Marcotte, Cindy Scaife, and Joel Penkman. 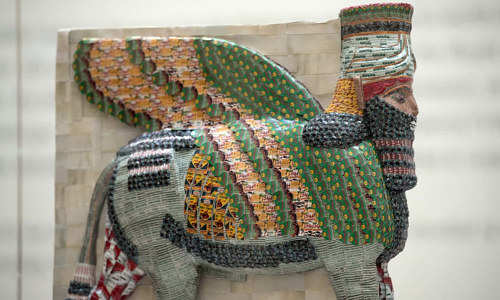 Iraqi-American artist Michael Rakowitz is single-handedly attempting to recreate the thousands of precious Iraqi artefacts that have been lost to looting and purposeful destruction by ISIS since 2003. Just this Wednesday a large piece by the artist was unveiled on the fourth plinth of London’s Trafalgar Square -- a “ghost,” a recreation, of a millenia-old sculpture that was destroyed on camera by ISIS operatives in February. Constructed from cut-up cans of date syrup, Rakowitz’s 14-foot recreation of the ancient statue doesn’t intend to replace the artefact, but rather to honor its memory while solidifying its new existence in relation to everyday modern life.