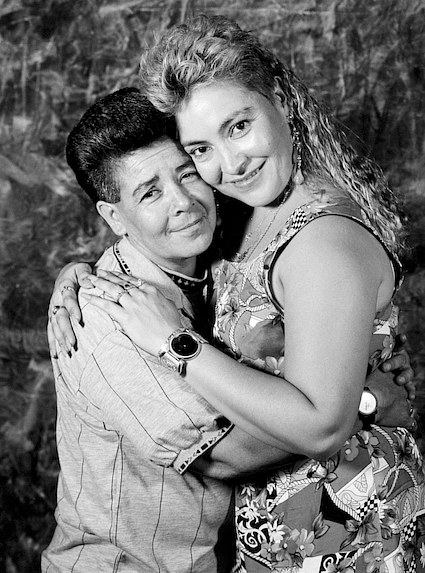 Laura Aguilar, a Latina photographer known for her stirring photographs of marginalized women, passed away at the age of 58 this week. Aguilar’s artistic focus included lesbians, Latina women, plus-sized individuals, and the working class, and she was known for staging photographs that treated her subjects with respect and allowed viewers from many walks of life to connect with the photographic subjects, and often to see themselves better represented in fine art. ArtNews notes that the artist was often under-appreciated in her lifetime, but enjoyed wider recognition just last year due to a travelling retrospective of her work. That retrospective exhibition is currently on view at the Frost Art Museum at Florida International University in Miami 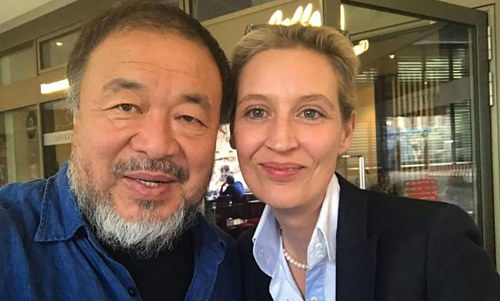 Ai Weiwei made headlines when a far-right German politician posted a selfie with the artist on her Twitter account. Alice Weidel, parliamentary leader of the Alternativ für Deustchland, reportedly approached the Chinese artist at a restaurant in Berlin and asked for a photo. Ai, who is well known for having left-leaning views that have clashed with the Chinese government on numerous occasions, was criticized by fans for agreeing to take a selfie with Weidel. Though Weidel is considered to be part of a more moderate wing of the German right, she’s also made some anti-refugee statements, and rallied for tighter immigration restrictions. In a statement to Freize, Ai defended the selfie, saying that though his and Weidel’s views may differ, no one should have the right to censor her personal life or control who he can and cannot take a photo with. 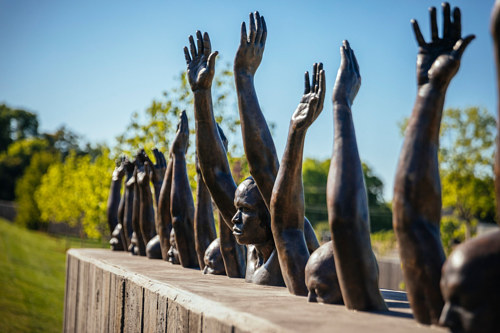 The state of Alabama has unveiled a massive new memorial dedicated to some 800 victims of white supremacy. The National Memorial for Peace and Justice opened on Thursday, and is located on a six-acre piece of land that overlooks the Alabama State Capitol in Montgomery. Conceived and built by the Equal Justice Initiative, the memorial has been 8 years in the making, and has involved a mountain of research on the part of EJI staff and lawyers, who spent many months uncovering the names of lynching victims, looking into the narratives behind individual incidents, and visiting the sites where these acts of racial violence occurred. The memorial itself takes the form of a long walkway from the roof of which hang 800 weathered steel columns each inscribed with the name of a victim.

4) Gallery CB1 to Close in May 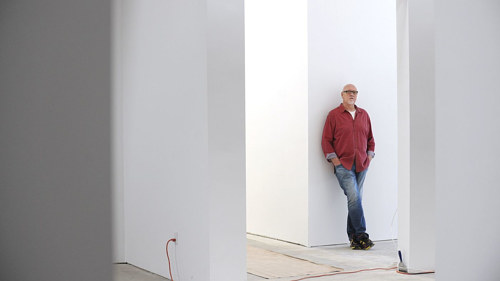 Last Friday we reported that artists were expressing their dissatisfaction with the owners of the Los Angeles gallery CB1, who had reportedly failed to make payments or notify artists of sales on a somewhat regular basis. On Friday CB1 reportedly announced that it would shut its doors in May. Co-owner Clyde Beswick cited cash flow issues as a reason for closing in a statement made to the LA Times, saying that the decision to close was made in late March of this year. The gallery has been in operation since 2010, but had recently moved into a larger space in the Los Angeles Arts District.