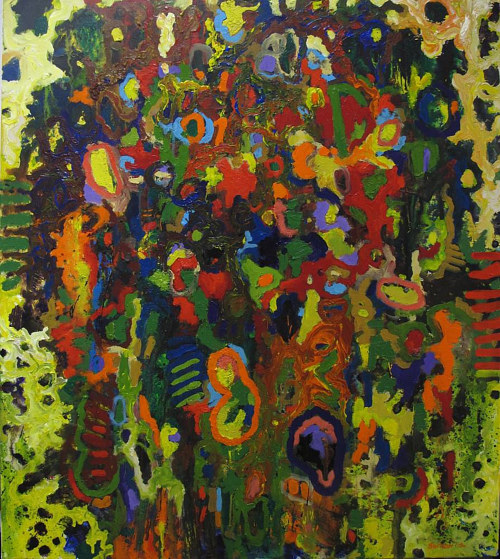 Painter and printmaker Peter Barron creates artworks that are equally impactful in black and white, and in kaleidoscopic colour. The artist uses a similarly gestural, painterly approach in his abstractions and in his figure drawings and prints. 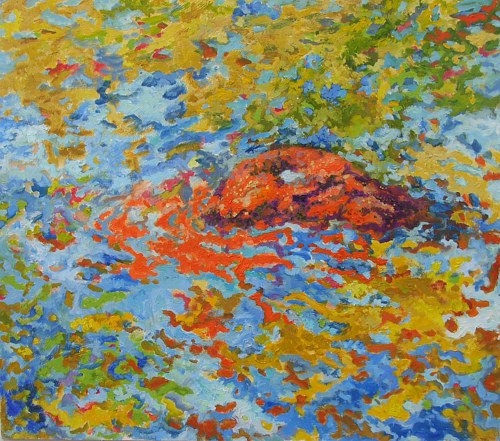 Where in our previous feature of Peter’s artworks we looked at his textural, celebratory abstracts, I’m also quite impressed by the artist’s approach to figures. The artist doesn’t shy away from depicting the wrinkles, folds, and curves of the natural human body, and rather tends to emphasize these features, giving his figurative artworks an almost topographical appearance. 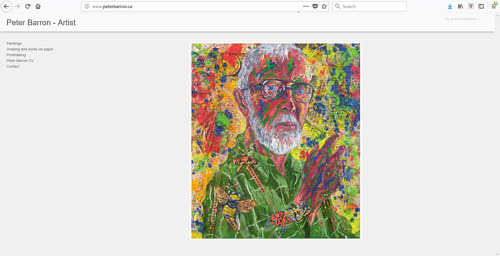 In his Visages 2013 series of woodcut prints, for example, the artist seems to leave no facial detail behind. In the hard, black outlines characteristic of the medium, these Visages take on an almost grotesque appearance, leading the viewer to follow each line, examining the image from an abstract and formal standpoint. 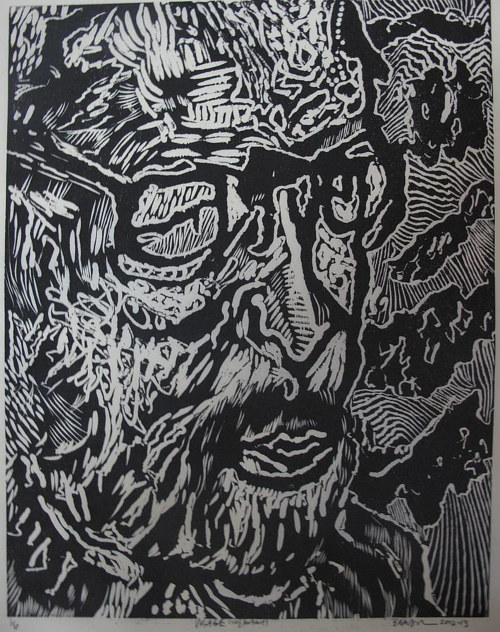