Marie-Hélène Tessier is a Canadian artist who works in writing, performance, and media arts, creating collaborative works that function more as microcosmic experiences than as lasting artefacts. 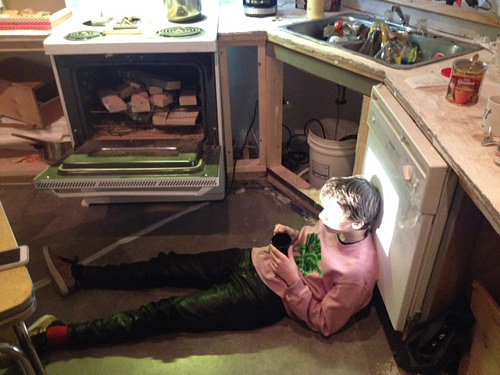 SITTING AROUND, performance photographed inside KITCHEN by Julia Feyrer at Grunt Gallery, Vancouver

As we discussed in our previous feature of Marie-Hélène’s literary performance pieces, the artist’s works are necessarily temporal, not always filmed, existing only for the duration of the performance before being relegated to the realm of memories and ideas. There’s something delightfully ethereal about the works that the artist makes in this fashion, and in the hints that are left behind on Marie-Hélène’s art portfolio website. Here, each individual work is loosely described, giving the viewer an inkling of what the event itself might have looked like. 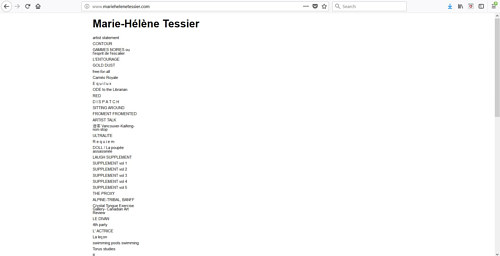 The majority of Marie-Hélène’s artworks and writings are collaborative in some sense – sometimes the artist works with a group of others to create a single piece of writing or a physical object like a zine. Other times, in performances, each artist contributes a different element to the scene, whether it’s sound, visuals, dance, or cinematography. 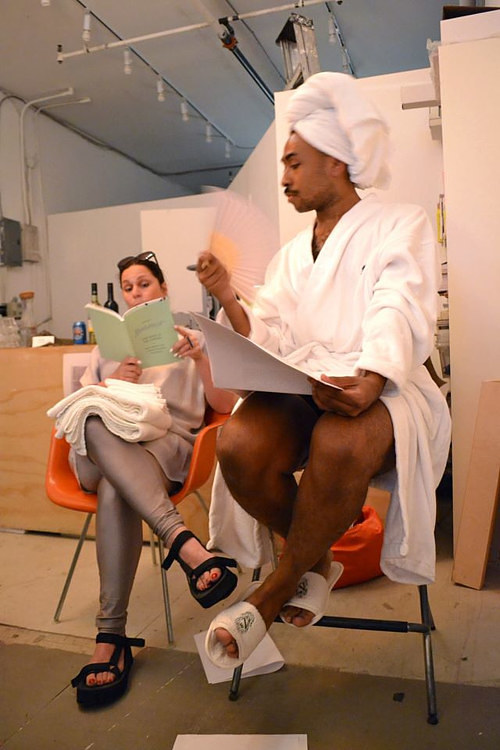