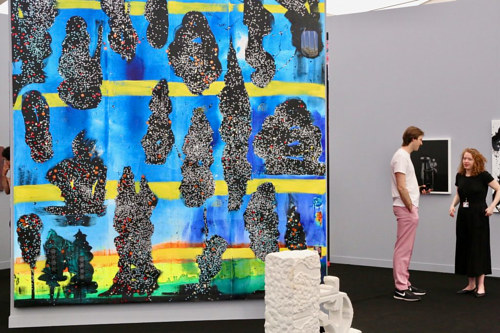 This year it seems that artists, collectors, galleries, and the media are paying increased attention to the ways in which Frieze art fair might actually be a detriment. While concerns about how the fair actually benefits artists and galleries have been ongoing for years, according to one dealer, Cristin Tierney, more and more art professionals are realizing that speaking out is the best way to facilitate a change. It seems that for many small and mid-sized galleries, participation in the fair is a cost that is rarely recouped in proportional sales. Shortly before this year’s fair, David Zwirner himself delivered a statement speculating that perhaps large galleries should be made to pay a more sizeable participation fee, in order to subsidize smaller galleries. As it stands, participation in Frieze is a mark of status that is difficult to pass up, but may end up ruining a small gallery in the longer financial run. 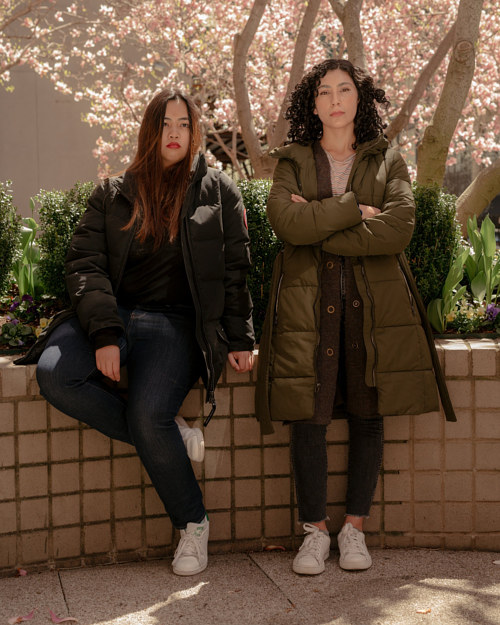 The School of Visual Arts in New York has removed two professors after receiving complaints of sexual misconduct by several students. The complaints were lodged with the school’s Title IX department, and concerned two teachers in the college’s film and animation department. One of the professors, Roy Frumke, has had his employment terminated by the SVA following apparent findings of violations against the school’s conduct policies. Frumke is appealing the decision. Robert Haufrecht was suspended in March after complaints were filed, and the school has not renewed his teaching contract. Film and animation department administrator Mary Lee Gristanti wrote to students a few weeks ago, letting them know that their complaints were being taken seriously by the school. 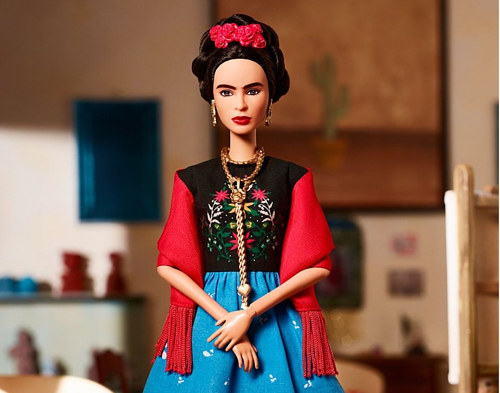 The Frida Kahlo Corporation, a Panama-based entity that makes all the decisions for licensing Kahlo’s artwork and likeness to various commercial products, sued the late Kahlo’s great niece on Monday. The lawsuit comes on the heels of recent debacle involving a Frida Kahlo Barbie doll. The FKC claims that Kahlo’s great niece, Maria Cristina Romero Pinedo, was attempting to take over the role of the FKC as Kahlo’s licensing agent. Pinedo had filed for an injunction that would prevent the sales of the Frida Kahlo doll in Mexico -- the injunction remains in temporary effect until the issue of who owns the artist’s image is resolved. According to the complaint, Pinedo gave over industrial property rights to the FKC in 2004, when the company was newly formed. Her goal at the time was apparently to commercialize the image of Frida Kahlo. 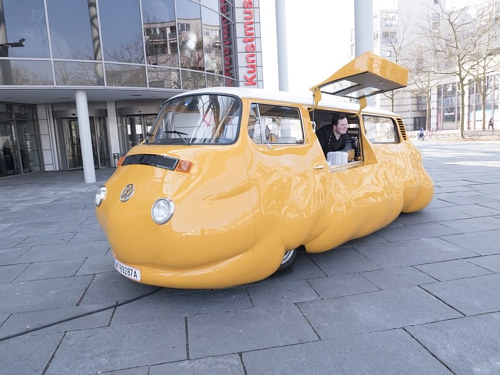 The Austrian artist Erwin Wurm will be in New York all summer, serving free hot dogs at Brooklyn Bridge Park. Wurm is known for his works of “sculpture” that incorporate audience participation, allowing the bodies of participants to become a part of the artwork. In this case, the act of eating a hot dog will become a part of the Hot Dog Bus installation. The bus itself is a shiny yellow Volkswagon, modified to look like a half-grotesque, half-adorable blob of body fat, which likens the act of eating (and potentially gaining weight) to a sculptural process.