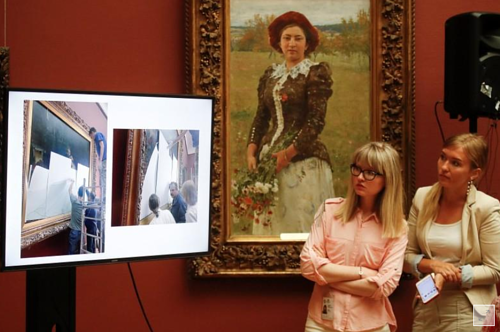 The prominent Russian State Tretyakov Gallery says that it may change its policies toward on-site alcohol sales, after a drunk guest, wielding a metal pole, damaged a painting. The painting, a 19th-century masterpiece by Ilya Rapin depicting Czar Ivan the Terrible holding his mortally wounded son in the 1500s, was struck by a security pole several times on Friday. The attacker, 37-year-old Igor Podporin, stated that he drank about 100 grams of vodka and “became overwhelmed.” The museum’s director, Zelfira Tregulova, said she wanted to stop current sales of alcohol on the gallery’s premises, and would be speaking to the lease owners of the onsite cafe and restaurant. The cafe reportedly only offers small sealed bottles of wine and cognac, while the restaurant, which is also open to the general public, may be more reticent to stop selling alcohol.

2) Koons Bouquet Will Not be Installed at Palais de Tokyo 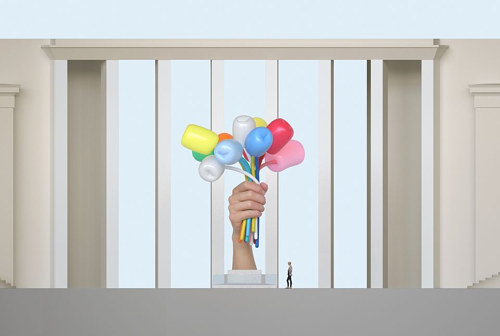 Plans to install that controversial Jeff Koons work -- a sculpture of a hand holding a bouquet of balloon tulips -- in front of the Palais de Tokyo in Paris have reportedly been scrapped. The French Ministry of Culture, which has been working closely with Koons for the last few months in an attempt to get the piece installed and resolve the controversy, has said that the piece will be installed elsewhere in Tokyo. Culture minister Francoise Nyssen was quoted in French paper Le Figaro, saying that the new location will be a “popular and visible place where it can be shared with everyone.” Both Koons and the production company in charge of the project declined to comment. 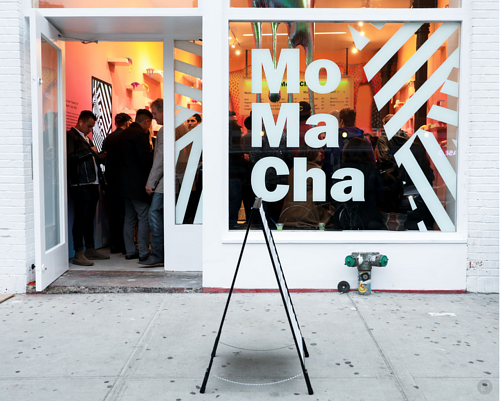 After MoMA filed a lawsuit against it citing copyright infringement, a small Manhattan cafe is fighting back. Momacha, which originally appeared in logos as MoMaCha, submitted a motion to have MoMA’s claim dismissed this week. MoMA filed its suit in April, saying that the similarities between its own logo’s partially-capitalized style and font, and that of Momacha, would cause customers of the cafe to believe that the cafe was in some way affiliated with the museum. The museum wanted a federal judge to order the cafe to stop using the name. Momacha founder Eric Cahan says that the name of his cafe was inspired by something a friend had said, and had nothing to do with MoMA’s branding. MoMA claims that by using a similar style, Momacha is “weakening” the museum’s brand. Momacha fired back, saying that MoMA hasn’t been able to prove that its logo is famous or well-recognized enough to prove that such a threat is legitimate. 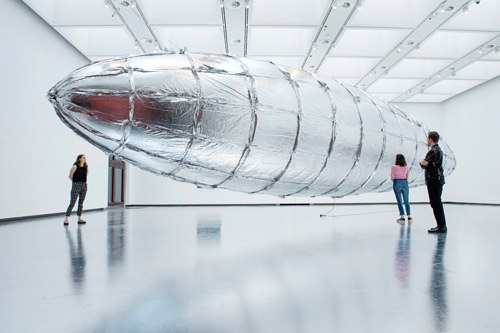 The Hayward Gallery in London was temporarily shuttered on Tuesday after an artwork caught on fire. The gallery was playing host to an exhibition of work by South Korean artist Lee Bul, set to open on Tuesday. The work in question, Majestic Splendor, was ironically in the process of being removed due to safety concerns when the blaze ignited. Comprising a dead fish covered in sequins, Majestic Splendor has proved problematic in previous exhibitions due to its off-putting smell. Initially, the Hayward Gallery’s plan was to place the fish inside a bag sealed with vaporous potassium permanganate, however, the presence of the chemical increased the risk of fire and the museum had ultimately decided to forgo showing the work. Damage to the gallery was minimal, and the Hayward hopes to reopen today after some superficial repairs are completed.