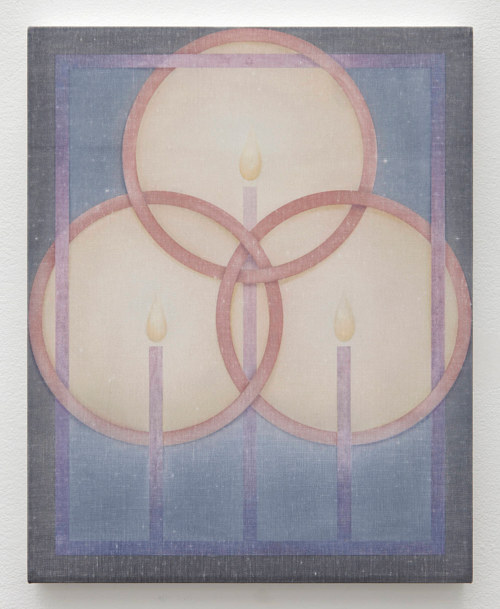 The Triad, oil on linen

Theodora Allen is a Los Angeles-based artist who paints in oil on linen, creating subtle, ghostly forms that appear at once calculated and playful. The artist favors figurative subjects in her paintings, though she tends to avoid the human form, focusing instead on plant life, objects, and transient forms like fire and light. 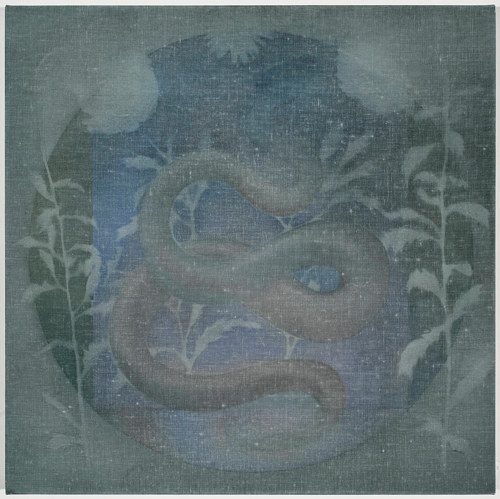 I find Allen’s use of colour in her works quite interesting. Many of her linen substrates feature large planes of deep navy blue that lends a certain weight and sombre attitude to the imagery.  In others, colour is used very sparingly, so much so that finished images emulate the appearance of the back side of a canvas, where colour and line that’s bled through from the front side provides the only clue as to what the image might look like.

There’s a strong sense of nostalgia present in many of Allen’s works – I find that many of the images are reminiscent of the faded covers of novels from the 70s or 80s, memories found in a relative’s basement or attic. The artist’s use of oil paint on linen is also reminiscent of the work of Helen Frankenthaler, though Allen’s layered forms embrace hard edges and clear figures. 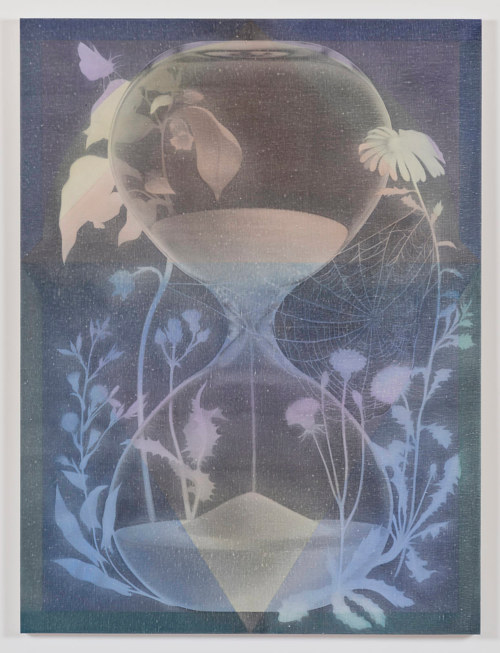