Jim Friesen is a photographer who captures vast landscapes and urban locales, often casting these seemingly disparate subjects in a strikingly similar light. The artist’s photographs tend to picture spaces devoid of human figures, though when people do appear, they’re often alone, or aloof. 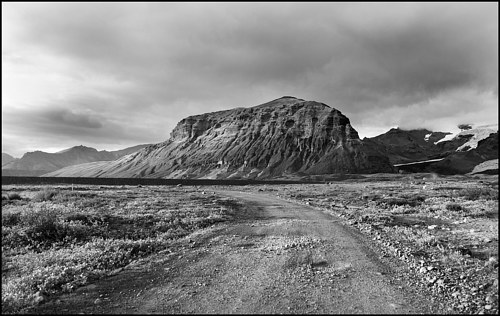 There seems to be an overall sense of quiet isolation in Jim’s photography portfolio. Two of Jim’s recent photographic series, taken in Winnipeg and Iceland, respectively, call to mind photographs by Ted Diamond. In the series Scenes from the Ring Road, taken along a roadway in Iceland, the artist’s camera captures views of an expanse that seems to go on forever, indifferent to the human intervention of a paved roadway. 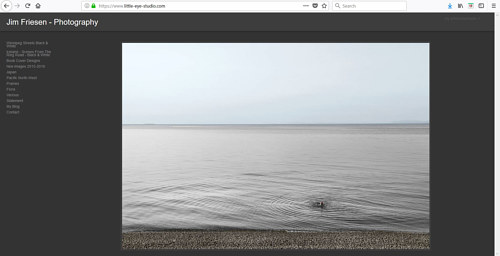 In Jim’s Winnipeg Streets series, there’s a similar sense of indifference – large, looming man-made structures take up the biggest stretch of the photo plane, while lonely human figures, often dwarfed by these structures, wander beneath. Jim’s photographs serve as an interesting, and perhaps less widely-considered viewpoint of his locations. 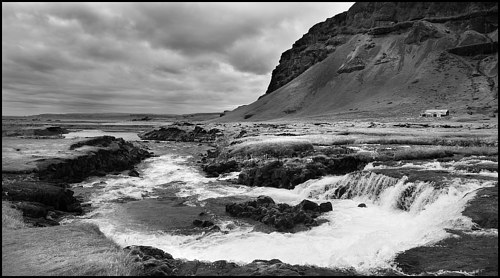