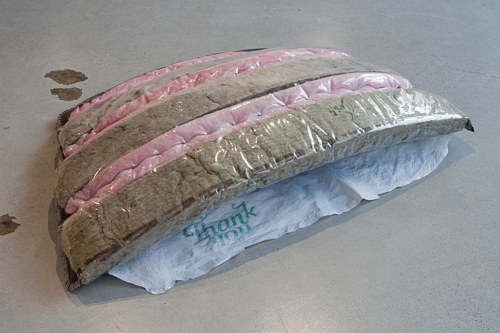 Stephanie Cormier is a Toronto-based artist who works with various media, including found objects and unexpected construction materials, to create strange assemblages exploring imagination. The artist’s works take on an appearance that’s at once alien and vaguely familiar, like an object from a dream. 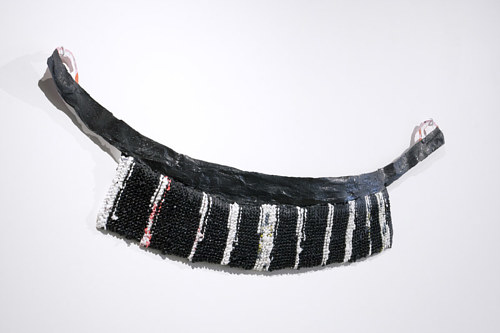 The artist’s recent series Something From Nothing is made up of works that express imaginary objects. As Stephanie says in her artist’s statement on the series, these works take the idea of imaginary objects and explore “their possibility to manifest in the physical realm.” The artist’s takes on this concept combine bulbous, organic forms with a fascinatingly “plastic” texture, and objects that seem to sit waiting for someone to put them to work. 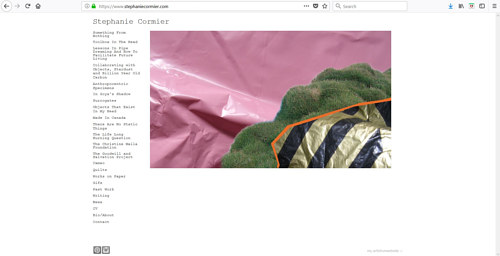 Throughout her portfolio, Stephanie tends toward a desaturated, almost pastel colour palette. The surfaces of objects, wall-hangings, and sculptures often feature bright patterns of geometric shapes and lines, lending to the sense of almost childlike wonder inherent in the creation of these imaginary forms. 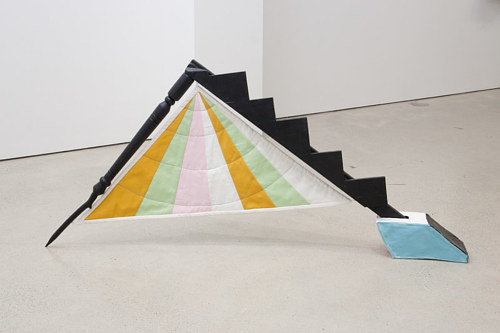