A Present Lens: The Art Portfolio of Edgar Arceneaux 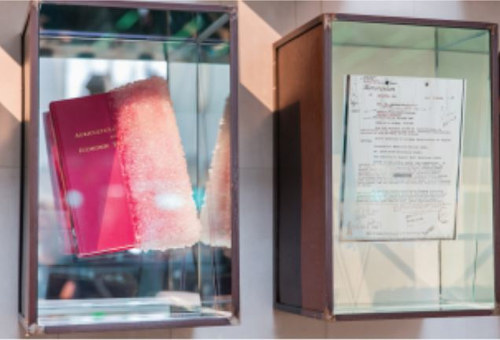 Edgar Arceneaux is an artist originally from Los Angeles. In his current practice, Arceneaux works in performance and media, as well as drawing and sculpture, exploring events of the recent past through a present lens that’s sometimes political and sometimes personal. 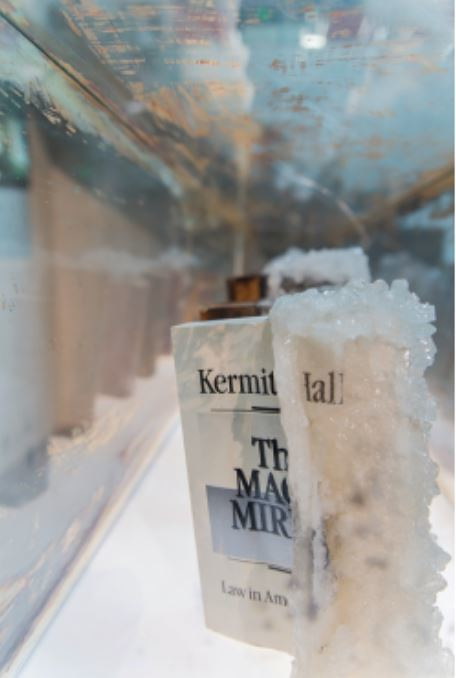 Arceneaux’s recent work The Crystal Paradox is a good example of the way that the artist looks at history. In this installation piece, the artist has grown sugar crystals over documents and texts that tell the story of Martin Luther King Jr.’s attempts to cause progress during the Civil Rights Movement in the United States.

As media, sugar crystals have both a rigid, crystalline structure, and a tendency to grow into organic, unpredictable forms – these seemingly divergent qualities reflect on the idea that even something as rigid as societal views on civil rights and morality can grow into something new, given the right impetus. 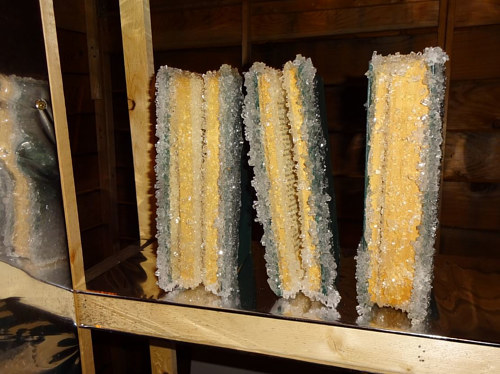