Volume and Form: The Art Portfolio of Alex Dodge

The Trauma of Information, oil on linen

Alex Dodge is originally from Colorado and is now based in Brooklyn, New York. In his artistic practice, Dodge creates paintings and mixed-media works that play with volume and form in a two-dimensional space. 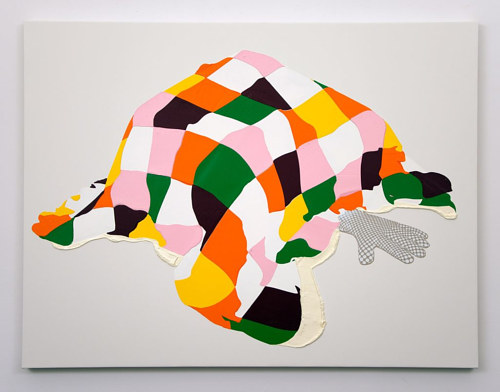 I find Dodge’s works fascinating to look at -- at first glance, some of his paintings appear to be textile-based sculptures. The way that the artist paints patterns in a distorted, undulating fashion mimics the way that a pattern twists in line with the fabric it’s printed on. The resulting pieces have a strange sense of the uncanny about them, and encourage the viewer to spend some time observing and resolving the visuals.

Seen close-up, Dodge’s paintings are almost indulgent -- the artist’s heavy application of paint to raw linen is tactile and inviting in a way. The edges of his forms have volume that hearkens to cresting waves, like in the work of Steven J. Simmons, while the patterns and abstracted outlines remind me of Thomas Nozkowski. 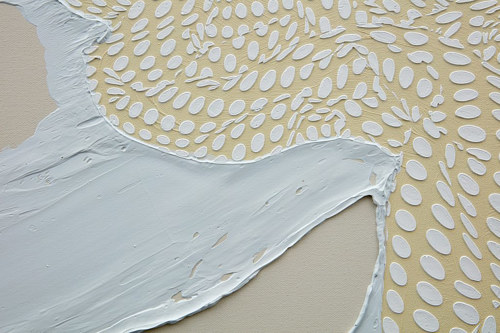 And death shall have no dominion (detail), oil on canvas