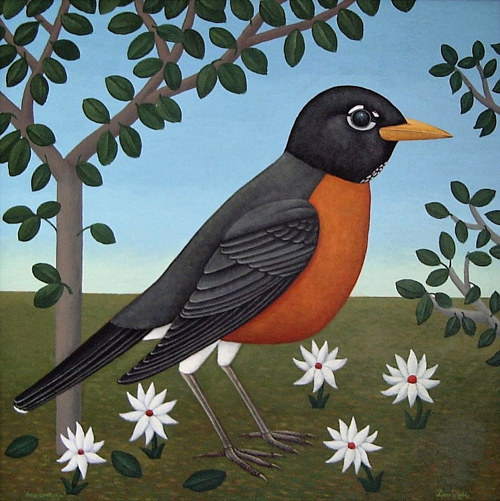 Dennis Noble was born in England during World War II, and moved to Ontario as a teenager. Dennis passed away in 2014, leaving behind a legacy of unique contemporary paintings, and a full portfolio of skillful original works. 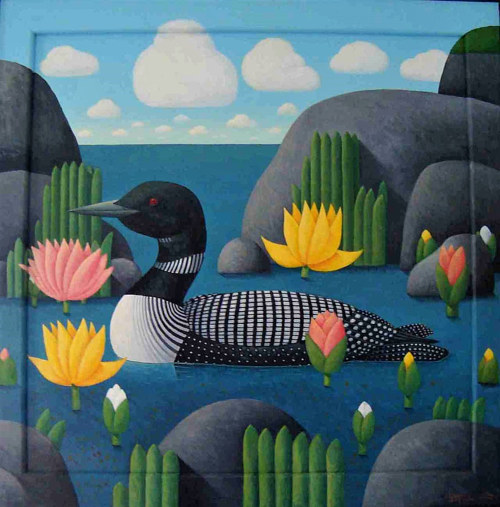 The works in Dennis’ portfolio exemplify a painting style that grew out of a talent for realistic depictions, with the artist adopting an original style that draws on realism, as well as more stylized and abstracted conventions, to create exuberant, colourful, but carefully planned paintings. In series like Birds, Dennis’ works function beautifully as a cohesive set, a series of experiments in depicting a single subject. The paintings here are highly saturated, with clear, tactile volumes and a strong focus on central figures. 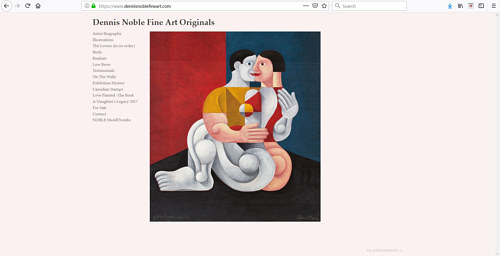 In other series, like The Lovers, Dennis played with the human form, capturing intimate interactions between figures in a style that emphasizes feeling and emotion as much as it does physicality. 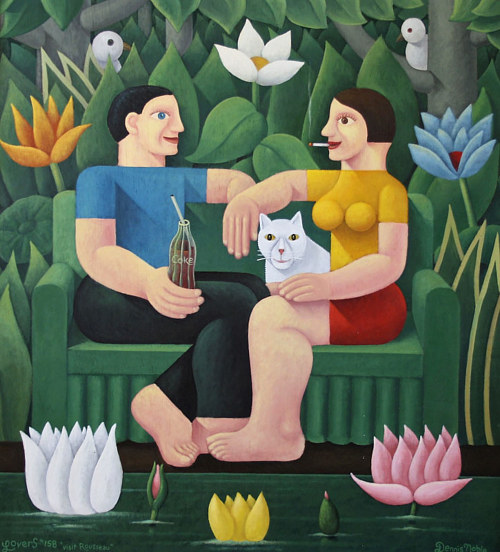