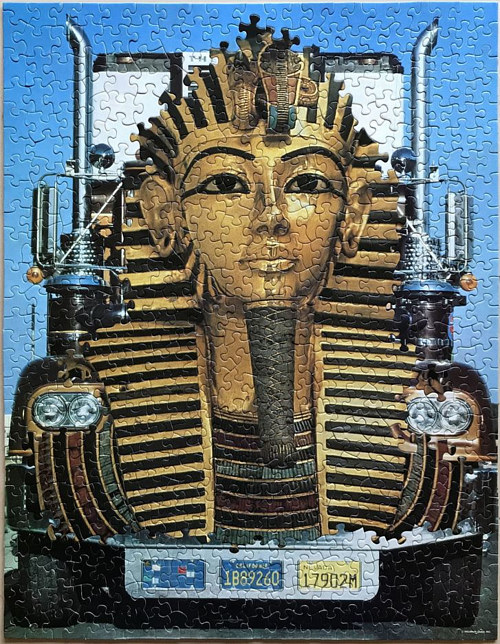 King of the Road, constructed from two puzzles published in the 1970s

Tim Klein works in the unusual medium of machine-cut jigsaw puzzles, creating surreal works that are half collage, half assemblage, and always with an undertone of off-kilter humour. The artist’s works combine pieces from two or more separate puzzles, leading to unexpected and bizarre imagery. 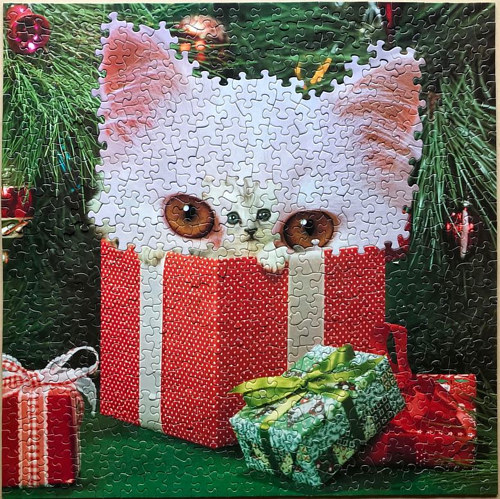 White Elephant (Present and Future), constructured from two puzzles published in 1978 and 1980

I’m really impressed by how smoothly Klein is able to blend the imagery on individual puzzles. From far away, his works take on the appearance of surreal paintings, almost in the vein of Rene Magritte. It’s fascinating to think of puzzles as an art medium in this way -- the use of the puzzle pieces lends a playful quality to the pieces, while forcing the viewer to think a bit more outside the box in terms of what might be considered artistic media.

The images themselves also tend toward a sense of play -- Klein often utilizes wordplay and puns in his titles. Occasionally these titles suggest a more serious or introspective reading, like in Surrogate, which combines puzzles of a teddy bear and a beer can. 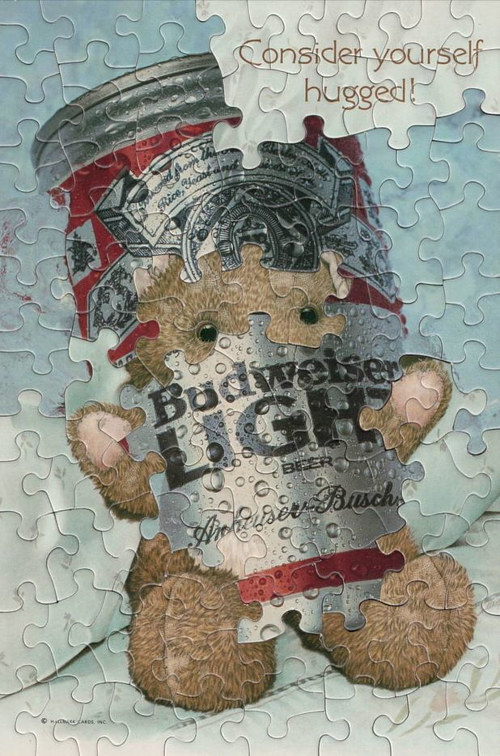