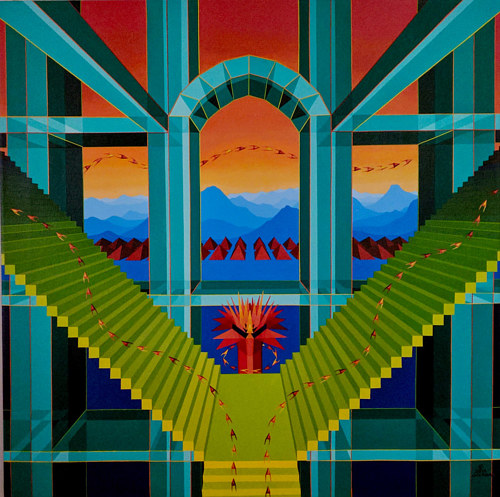 The Emerald Palace of Dreams, acrylic on canvas

Jon Harris is a San Francisco-based painter who specializes in geometric landscapes, depicting dreamlike, spiritually-infused spaces. Through the use of clean, straight lines, impeccable perspective and a bright colour palette, the artist imagines sacred places. 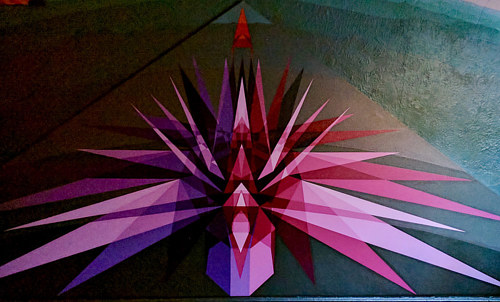 I adore the sense of three-dimensional space that Jon creates in each of his works. Even seeing these works as images on a computer screen, I get the sense that I could almost reach into the picture plane and inhabit the space that Jon has created. The artist imbues each of his works with a specific, symbolic visual language, using forms like The Pyramid, The Altar, and The Crystal Lotus to denote distinct spiritual and introspective aspects. 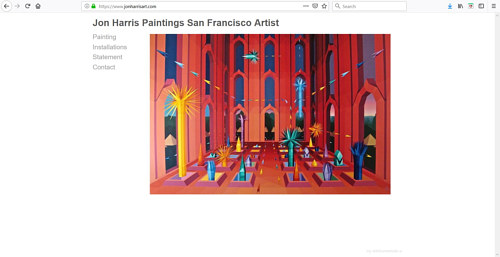 In addition to his personal practice, Jon has produced painted installations for a variety of spaces including an apartment building and a Kansas civic building. It’s fascinating to see how the artist’s paintings function in an existing three-dimensional space, and how Jon works to create a sense of play and cohesion between the geometry of his paintings and that of a room. 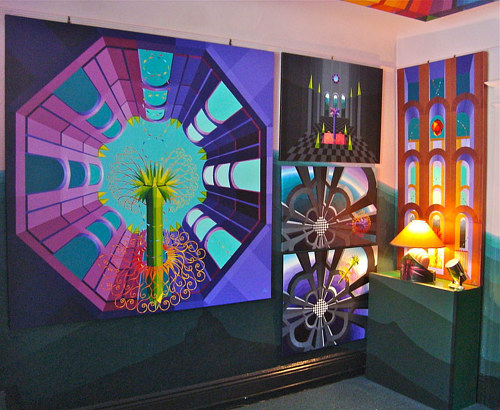