The Art Portfolio of Pierre-Luc Deziel 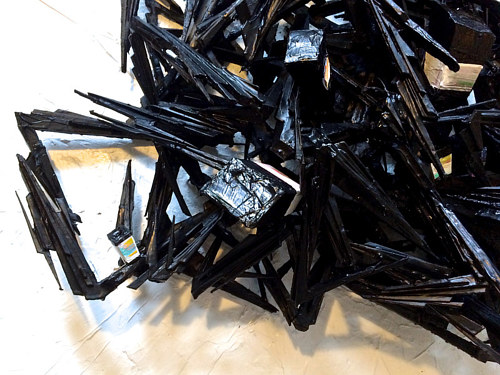 Pierre-Luc Deziel is an artist who explores the boundary between painting and sculpture, often using methods and philosophies native to both approaches in an individual work. Pierre’s current oeuvre uses the notion of social constructions as a jumping-off point. 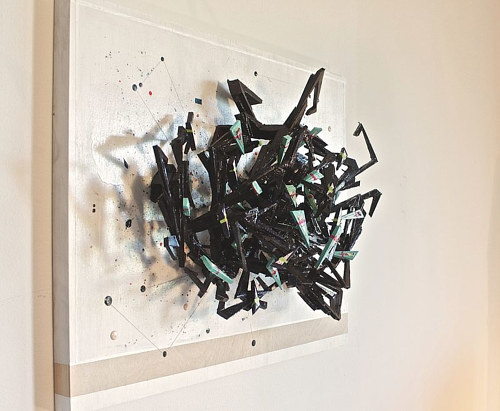 As we saw in our previous feature of Pierre-Luc’s exploration of social constructions, the artworks translate ideas about the nature and result of numerous interactions into a concrete, “constructed” art object. While the works are essentially paintings, the artist emphasizes a focus on the materiality of paint and canvas, and the relationship between the two, to such an extent that the “painting” becomes a solid, three-dimensional object. 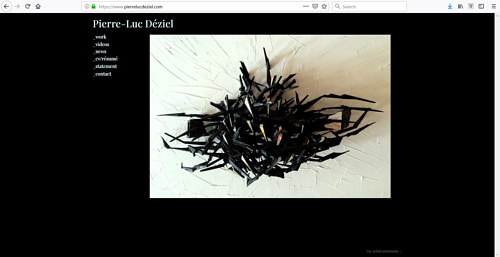 It’s really interesting how the various components and projections of Pierre’s works come together to form a cohesive whole. The artist’s use of black-on-black, flecked with accents of brighter colour, does a nice job of emulating the look of heavily textured brush marks, especially from a distance. I look forward to seeing more of Pierre’s works from recent years! 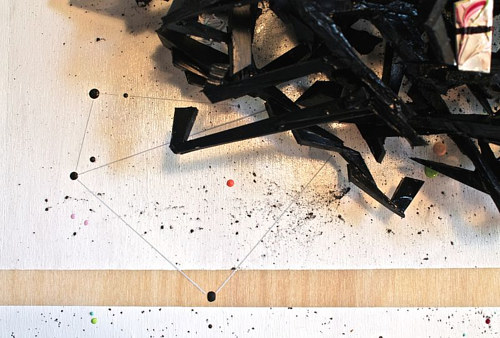