The Art Portfolio of Lek Chan 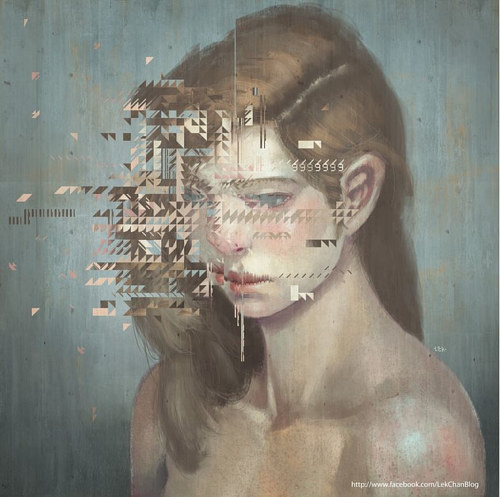 Lek Chan is an illustrator and painter based in Taiwan. In addition to an illustration practice, Lek also produces work with other digital media, including games. The artist’s illustrative works frequently feature detailed human figures and faces, interrupted and interacting with abstract geometric planes. 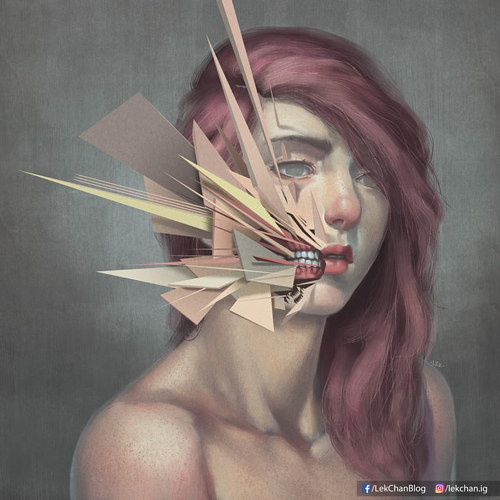 The first thing I notice about Lek’s works is that the artist paints digitally, yet the resulting works have a very textural, tactile sensibility about them. At first glance I would guess that these works were made in pencil crayon, pastel, or even acrylic paint, rather than digital media. It’s interesting to see how artwork forms in the intersection between traditional and digital -- Lek’s figures are very traditional, while the geometric interventions look more like something you’d expect to see in digital painting.

The level of detail in Lek’s illustrations reminds me of fellow artists like Soey Milk or Hannah Yata. 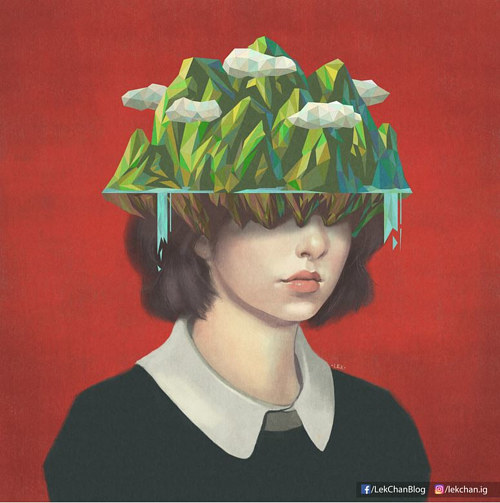