Between the Natural and the Supernatural: Art by Frederica Hall 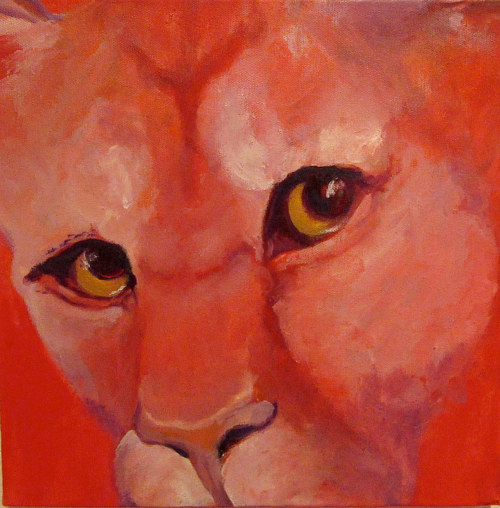 Frederica Hall works in a variety of media, from performance, to painting, and in-between. The artist often draws inspiration from the intersection between the natural and the supernatural, with her works addressing subjects from both ends of the spectrum.

I really enjoy Frederica’s recent series of paintings The Red List, Endangered & Extinct. In this series, Frederica takes recently extinct or near-extinct animals as her subjects, painting emotional close-up portraits of each creature that are unified into a cohesive series by an ever-present monochromatic crimson background. The works lend a sense of solemn reverence and immediacy to the plight of these animals. 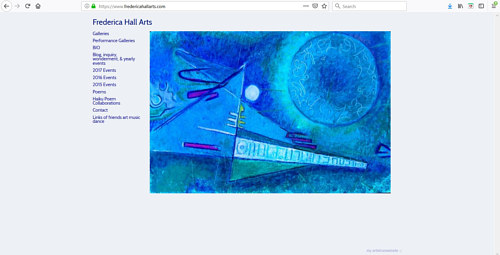 Frederica’s performance pieces of late tend to involve elaborate costumes -- gauzy fabrics, draped and layered to the point that they obscure the human form beneath them. The performances themselves, retold through photos, seem to capture the ethereal, temporal nature of their own medium. 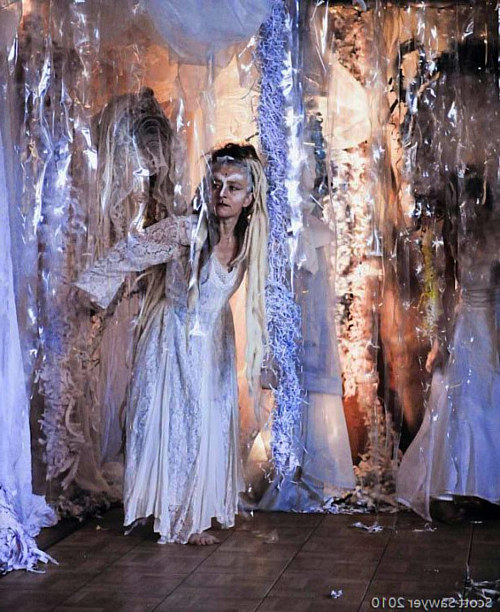