The Painting Portfolio of Dmitry Kochanovich 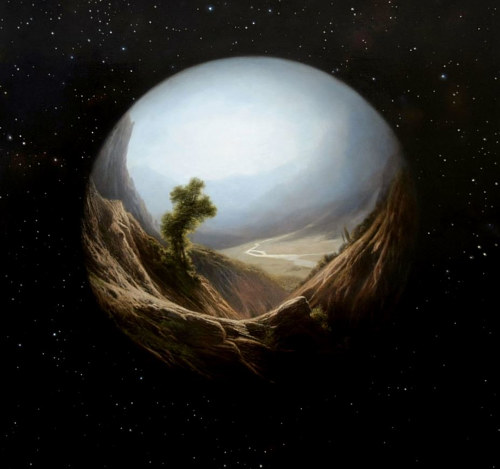 Dmitry Kochanovich is an artist based in Krasnodar, Russia. In his practice, Kochanovich creates painting that borrow from both traditional and contemporary styles, often juxtaposing distinct aesthetics and narratives to create images imbued with an uneasy sense of anachronism. 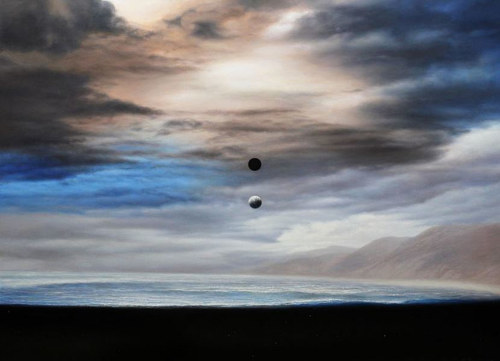 Technically, Kochanovich’s paintings seem to borrow heavily from classical, romantic painting styles -- landscapes are rendered in an airy chiarscuro haze, each depicting a slice of some unknown yet eminently familiar region. Strange, floating objects appear frequently in the works -- sometimes fabrics, other times items with a more solid presence. I enjoy the way they float, almost non-diegetic, appearing detached from the narrative of the image.

At the same time, these are an intrinsic part of the scenes as a whole, like aliens or time travellers captured in paint by some observer from the past. One feels a distinct sense of the vastness of time, looking at these images. 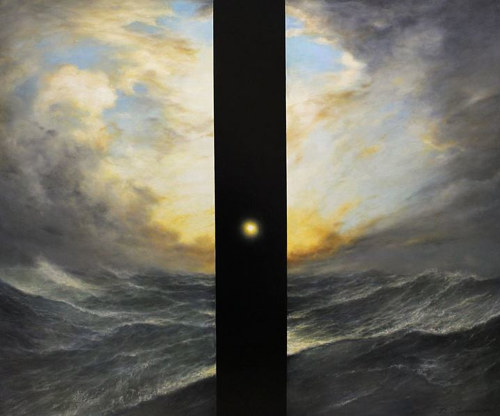 Outside, oil on canvas