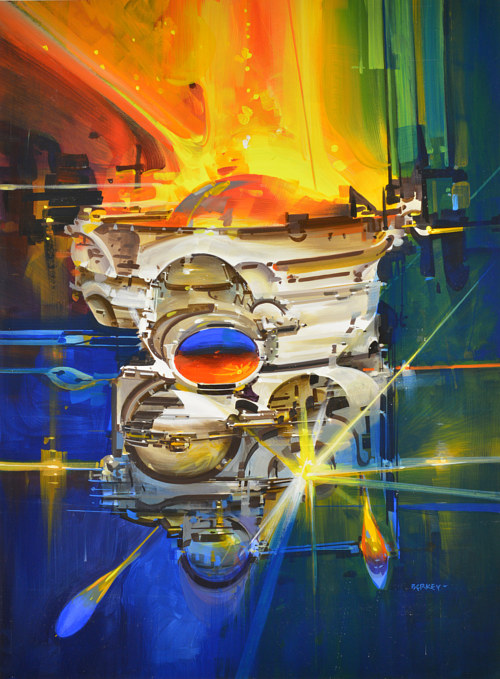 The late John Berkey was a science fiction artist, noted for his sweeping sci-fi scenes and detailed imaginings of future space travel and exploration. Berkey’s artwork has appeared in many formats, from movie posters to books to postage stamps. 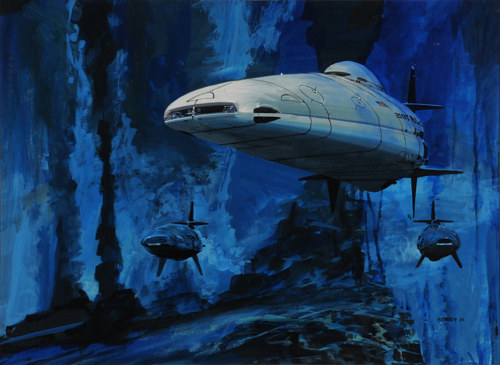 I really enjoy the style that Berkey used to produce his paintings. There’s an incredible balance in these works between gestural, painterly pigment and fine-tuned attention to detail. Berkey was an expert at using particular brush strokes to create the appearance of tiny windows, ship components, or craters on a distant moon.

Like fellow space artist Rick Guidice, Berkey produced illustrations for NASA before moving on to working for creative properties. His commercial works included poster designs for movies like Star Wars and King Kong, as well as work for publications such as National Geographic, Popular Mechanics, and Science Fiction Age. Berkey was inducted into the Society of Illustrator’s Hall of Fame in 2004. 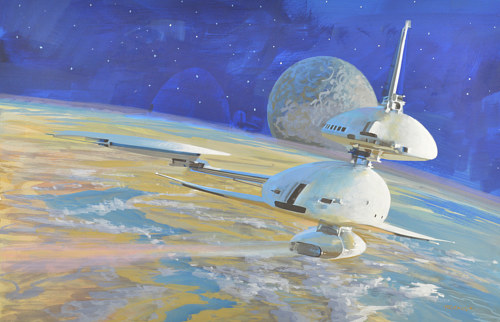