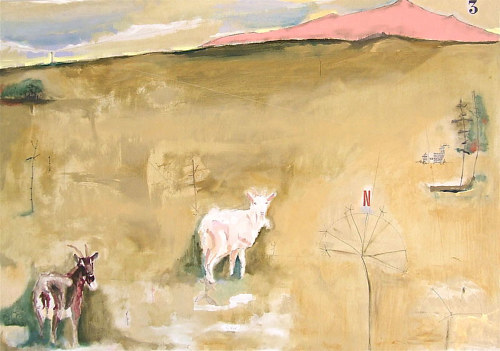 Radar field, oil on board

David Keane is a painter and illustrator who works in mixed media, producing artworks that take forest creatures as their subjects. David is based on the west coast of Ireland, and as such many of his works seem inspired by local nature and wildlife. 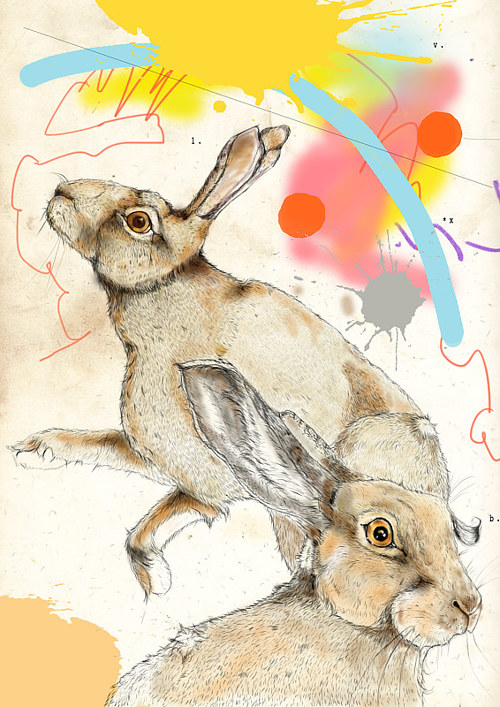 I really like the combination of tight illustration and gestural painting that’s present in many of David’s works. The way the artist draws animals -- birds, rabbits, deer, various plants -- is quite detailed and often bordering on scientific. This style of drawing overlaps with planes of colour and foliage rendered with an almost dreamlike painterly sensibility to lend a slightly jarring but fascinating mood to each work. 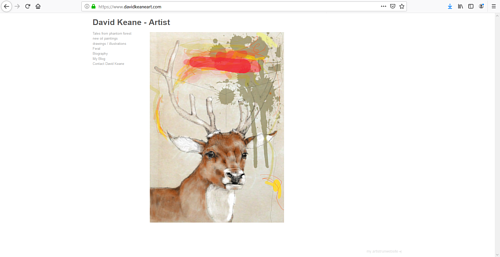 In his series Tales from Phantom Forest, David leans further into this style of painting, embracing abstraction for both figure and background. The resulting images have a distinct atmosphere that’s half inviting, half eerie, and truly captures the aesthetic brought forth by the title. 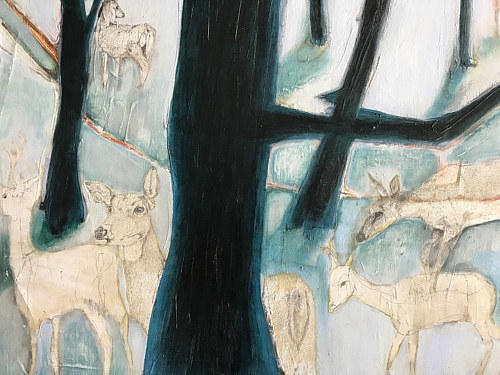 forest ghosts, oil on board