Acceptance of the Inevitable: Art by Nicola Samorì 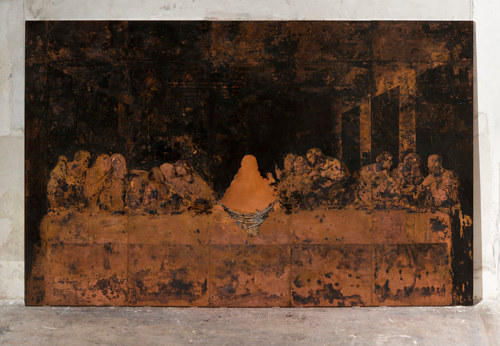 Italian artist Nicola Samorì creates rich mixed media artworks that deal with themes of death, decay, and loss. Though macabre in appearance, Samorì’s works take an attitude of fascination and exploration, eschewing depression in favour of a meditative acceptance of the inevitable. 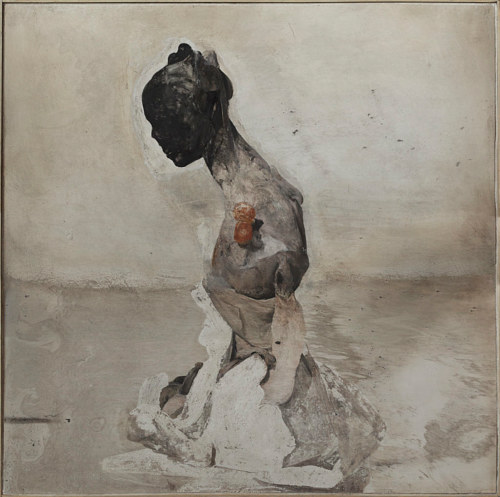 I like the way that Samorì combines classical aesthetics with very contemporary artistic techniques. Many of his artworks begin as portraits and stiff-life paintings, with compositions that suggest paintings hundreds of years old. The artist then distorts the works by scratching and scraping away layers of paint, often continuing into the depths of the wood or copper substrate. Samorì’s cuts into the surface of the paintings are made carefully, deliberately, so as to leave behind ribbons of destroyed or altered material, further evidence of the work’s change by way of destruction.

Samorì’s process situates his paintings as changeable narrative expressions, not so much fixed as we often think of them. Expressing a constant state of flux, the paintings seem to take on a kind of immortality. 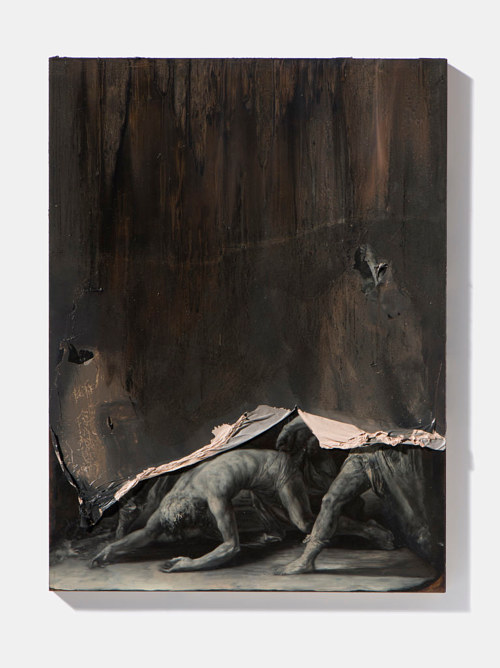