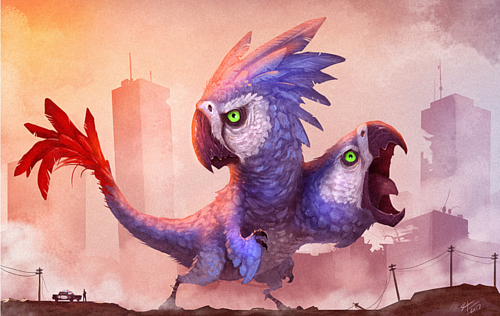 Shaun Keenan is an illustrator and concept artist from the United States. In his portfolio of work, Keenan shows off his talent for taking realistic features and figures, and using exaggerated poses and viewpoints to lend them a sense of cartoonish exuberance. 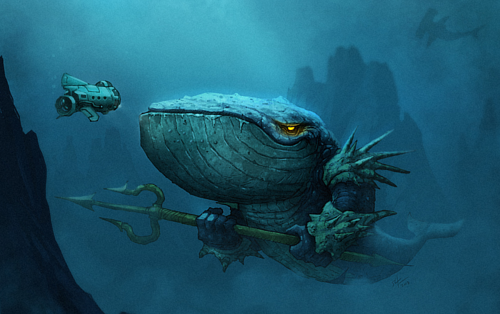 Many of the artist’s works feature dinosaurs or other prehistoric animals in some manner. In fact, Keenan is perhaps best known for his viral book Dinosaurs of the Wild West, a collection of illustrations combining aesthetics from scientific imaginings of dinosaurs with lovingly rendered characters and settings from the old west.

Elsewhere in his portfolio, Keenan uses colour expertly, using bright jewel tones to build volume and depth and add texture to both figure and background. The artist works as a concept artist for animation, video games, and toys, and in his coloured works I find it’s easy to see how these static illustrations might translate into dynamic moving imagery or tactile objects. 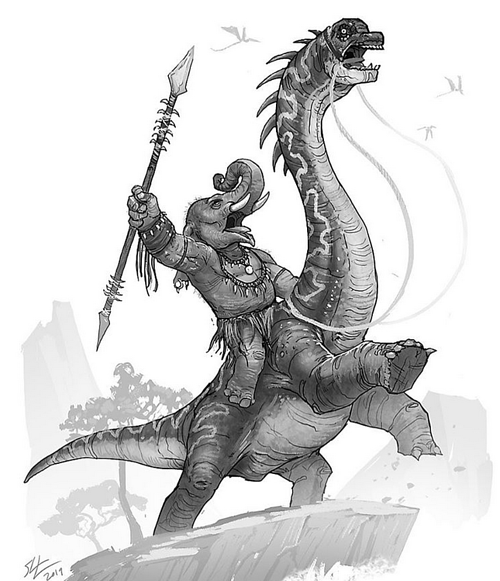