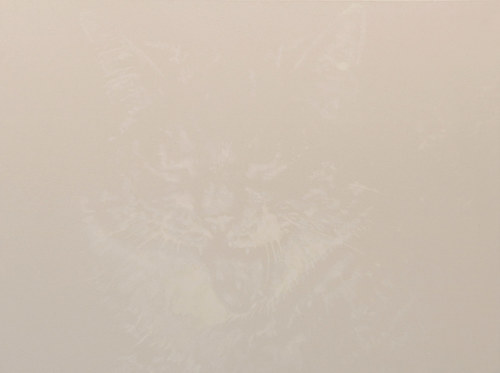 Michael David Kozlowski works in a painterly style using nontraditional painted materials such as bleach and plaster. The artist’s works have an unexpected aesthetic that is at times ghostly, and at times laden with heavy texture and suggested figure. 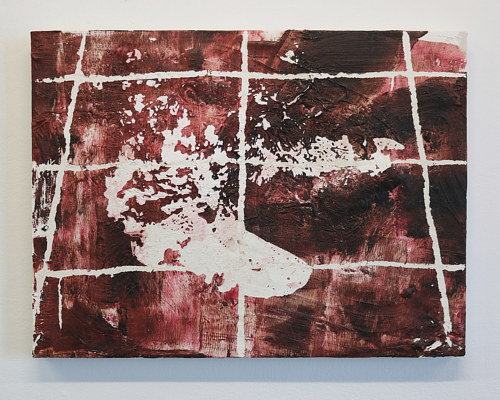 I find Michael’s bleach paintings to be a fascinating reimagining of the traditional paint-on-canvas mode of artmaking. In these pieces, the artist applies bleach directly to raw, unwashed canvas, leaving figurative images barely visible, rendered in strokes of pale beige just a shade lighter than the canvas’ natural tone. The subtlety of the medium forces viewers to stay with each piece longer, picking out details and moments that seem near to being lost. 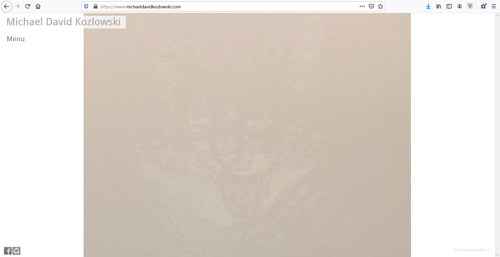 Michael’s plaster paintings are almost opposite in their approach, and yet the effect feels oddly similar. In these, plaster is layered onto paintings to create deeply coloured and textured images that incorporate figurative and abstract images. Sometimes an extra moment of observation draws out figures where none initially appeared, while other times immediately recognizable forms turn out to be illusions. 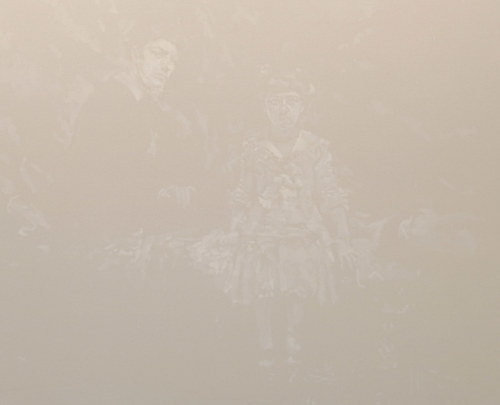