A New Reality for Art: The Future of Virtual Art Production and Consumption

The current cultural moment is seeing many museums explore online and virtual venues in a way that they haven’t before. While many museums have developed online content to some extent in past years, the remote availability and online existence of art has been made all the more urgent by necessary social distancing and physical isolation -- a result of the global COVID-19 pandemic. If every crisis is an opportunity in disguise, this one seems to present a great chance for both artists and institutions to push further into virtual space.

If art continues to expand into these spaces, how will we curate and archive it -- and will notions of archiving and longevity actually matter?

Adobe Photoshop was developed in 1987, and acquired by Adobe the following year. It’s hard to believe that a program that has become so synonymous with digital art has been around for over 30 years.

Like photography in centuries past, software and the programming languages used to develop it were more of a practical consideration before people began using them for creative endeavors. In between 1988 and now, numerous tools and programs have sprung up with the intention of serving purely as canvasses or art materials.

With the internet comes art that’s accessible from anywhere. Just like the early expressionists railed against the exclusivity of the academic salons, internet art is often implicitly (or explicitly) a rally against the sovereignty of the physical gallery space.

As long as net neutrality holds up, the internet will remain a relatively democratic platform -- anyone can visit just about any website, and access just about any content. With the proliferation of freely accessible digital art comes more questions about the purpose of the physical gallery, and the notions of exclusivity that it represents.

Digital media has, up until recently, still been limited by its existence as a two-dimensional medium. Sure, you can create stunningly complex paintings, writing, and other digital works, but the viewing experience has been very similar to that of traditional two-dimensional art. But with the more recent growth of virtual reality (VR) and augmented reality (AR) technologies, viewers have the opportunity to fully immerse themselves in a deliberately crafted space -- a made experience.

Digital art and virtual spaces are also changing the way that we create art.

Tools like Google’s Tilt Brush allow creators to step into their own creations, working more in the way that an architect or engineer might, able to see their creations from every angle. In the virtual reality space, artists aren’t constrained by the laws of physics that hold reality together. Sculptures can move without relying on a source of energy or momentum, and massive objects can float untethered in space. Viewers can walk right through an apparently solid sculpture, or be instantly transported to a completely different location or setting.

With this level of freedom in not only creating but setting the stage for one’s artworks, where do we leave the gallery space?

Art can be and has been governed by aesthetics, history, social movements, and economics in turn. But perhaps more than anything else, art is governed by context. In past centuries art may have been defined by stricter rules governing media and aesthetics, but since the dawn of impressionism in the late 19th century, and the proliferation of more experimental and abstracted art forms in recent decades, the gallery space’s most important function has shifted to the categorization and contextualization of objects and performances as “art.” Marcel Duchamp’s 1917 work Fountain still exemplifies this -- by placing a piece of what is essentially mundane junk within a gallery space, Duchamp makes the viewer aware of the gallery space as an agent of change; a physical place that serves to alter the viewer’s impression and treatment of a familiar object. 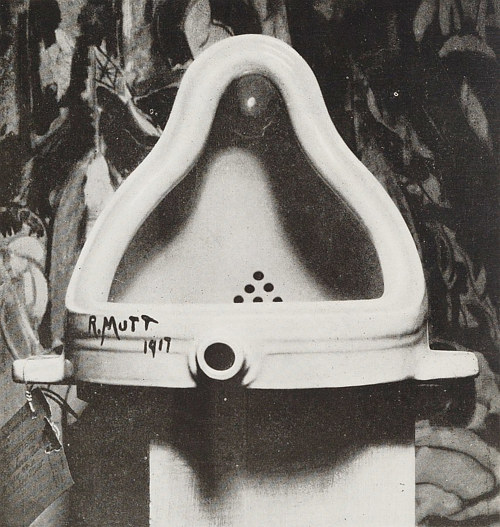 So what about VR? There are already galleries popping up that specialize in showing and curating this type of modern art. Acute Art is a virtual art gallery that showcases works in VR, AR, and “mixed reality”, or MR. Curator Daniel Birnbaum’s previous experience includes tenures as both curator and director of the Venice Biennale. Acute’s artist roster includes a wide range of artists, from well-established illustrators and designers, to younger, up-and-coming digital natives.

Works shown at Acute Art, like Anish Kapoor’s Into Yourself, Fall give the viewer the opportunity to have a self-contained, deeply introspective and personal experience in a virtual context -- without the necessities of space, time, and other people that are present in similarly experiential works like Yayoi Kusama’s Infinity Rooms. 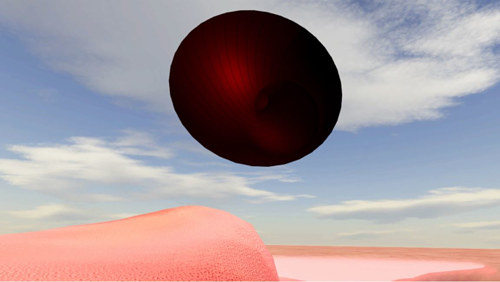 So the gallery space may survive the transition into the world of VR, though for how long is difficult to say. Perhaps VR artists and viewers will soon opt to bypass the notion of the gallery entirely, choosing instead to contextualize individual works according to their own internal logic. Or perhaps the VR gallery space will slowly morph into something less rigid and recognizable -- something, perhaps, that is itself indistinguishable from the artworks that it showcases.

In 2020, the equipment for immersing oneself in a fully virtual space is commercially available to anyone, however it remains prohibitively expensive for most. A VR headset will still run you anywhere between $400 and $800USD before taxes and shipping. Galleries that can afford a suite of “public” VR headsets may monopolize the virtual space through paywalls and memberships for the privilege of using the devices. At the same time, more easily accessible internet spaces are also making use of three-dimensional AR and VR -- take, for example, panoramic photographs that allow the viewer to experience a 360-degree view by turning around with their phone, or virtual representations of real galleries that are accessible by anyone with a PC and the ability to download and run software.

Beyond the gallery space exists a whole new realm of possibility for virtual and digital artists. Bringing art outside of the gallery also leaves it vulnerable to capitalist interests. Will corporations, instead of museums, be the future determiners of the nature of art?

In 2017, Jeff Koons worked with Snapchat to produce an artwork (or a curated art project) that allowed for his works to be seen as part of an AR filter via the Snapchat app. This project got interesting when another AR artist, Sebastien Errazuriz, “vandalized” Koons’ sculpture with graffiti -- something that was made paradoxically easier by the work’s virtual existence, and the veneer of free accessibility and open creativity still worn by social media apps like Snapchat. 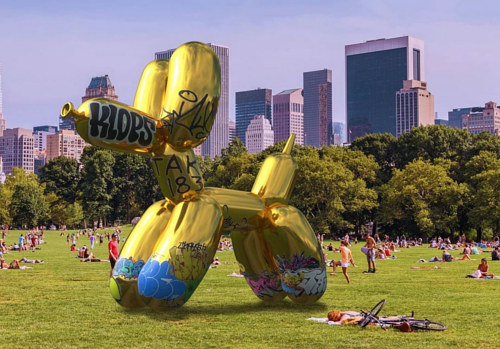 Errazuriz' additions to Koons' work seen via the Snapchat app

In 2019, the New Museum in New York partnered with Apple to host augmented-reality works by artists such as Pipilotti Rist and Nick Cave in Apple stores. Though the Apple-partnered works and related workshops were free to users, it’s difficult to decouple such a program from commercial interests when placed in the context of brand-specific stores and devices.

Despite this, many independent artists have been using the AR capabilities of apps and programs like Snapchat, Instagram, and VR Chat.

One example of this is artists creating their own Instagram and Snapchat filters and allowing other users to try them out, adding the filters to their own photos and videos. Works like these rarely interact with the gallery space, but are disseminated by mass interaction and sharing. The copyright and ownership of a work created using a social media platform is a fuzzy line, one that stands as a testament to the waning importance of copyright and individual ownership over mass accessibility. 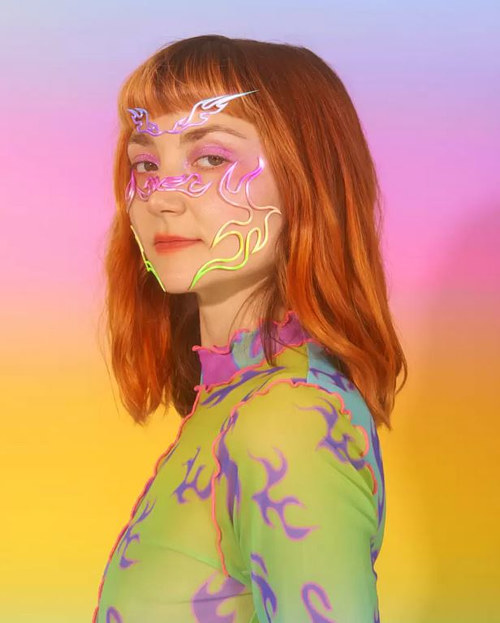 Age has long been a determining factor in the value and prestige of a traditional artwork. Entire professions are devoted to the idea of preserving artworks for centuries to come, and restoring works that have already made the journey through hundreds, sometimes even thousands of years, to the present.

In recent decades, archivists have come around to the idea of the digital space as a mode of storing and preserving artworks in the form of images and data. Digital media may not be able to recreate a renaissance oil painting -- yet -- but it can serve as a catalogue and an identifier. However, as the technological age wears on, a new issue has arisen. The rapid pace at which technology evolves and changes means that the technology used to photograph, store, and view these digital fragments will inevitably become obsolete, and worse, unusable. 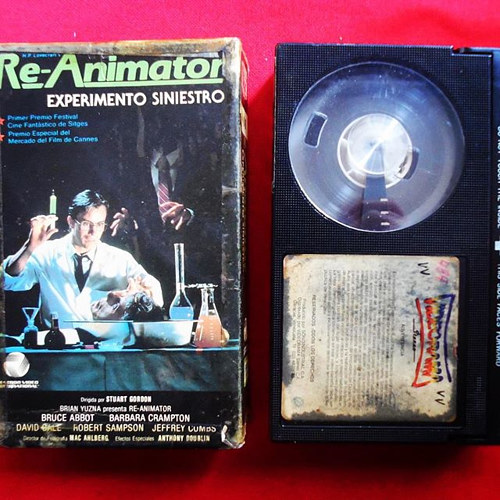 Think of the VHS or the cassette tape. What was a cutting edge technology just a few decades ago is now difficult to use. Today the lifespan of a VHS tape stored in your home is about 5-10 years. Think back to the last time you recorded something on VHS -- it was probably at least 10 years ago. Your precious memories may soon be lost. To play a VHS now you need either specialized equipment, or to pay to have the content of the tape copied over to a more modern medium. The average home is no longer equipped to play VHS media at any given time.

The same goes for CDs, and even MP3s. Both have been replaced by faster, more compact file formats and storage systems. CDs are already going the way of VHS data. Most laptops that are available for purchase today don’t come with disk drives, and it’s increasingly rare for average consumers to own desktop PCs.

This rapid evolution of formats and devices means that digital art will likely have a far shorter lifespan than traditional art, unless specific measures are taken now. Countless early digital artworks have already fallen victim to the ceaseless cycle of upgrading and obsolescence.

In the first decade of the 21st century, at the beginning of the dot net era, many early pioneers of internet art produced interactive artworks using Macromedia’s Flash software. This creative movement ended abruptly in 2010 when Apple announced that iOS would not support Flash on their then-new iPhone and iPad devices. Another decade later, in 2020, Flash is unsupported by most current operating systems, leaving thousands of interactive artworks unviewable, lost to history with nearly the same finality as paintings caught in a fire. 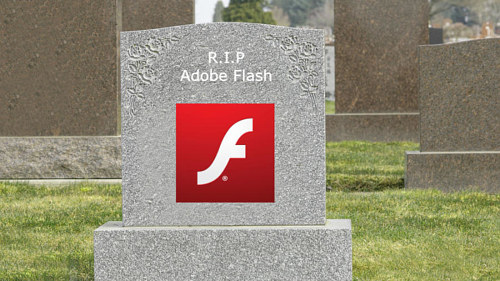 While there are existing universal standards for the archiving of photographs, paintings, and other traditional physical media, there are currently no such standards for digital art. This lack of standardized treatment can prove difficult especially when institutions are left to come up with their own methods for digital archiving -- methods which in some cases may not communicate well with those of other institutions and artists, making lending a tricky business. 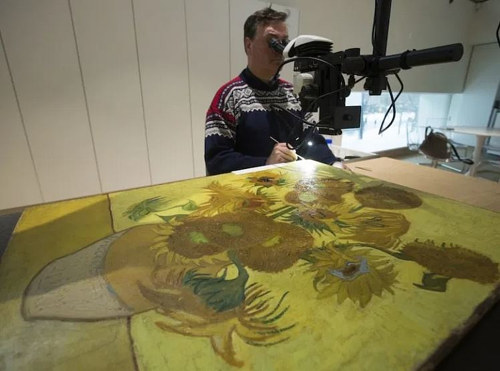 Or perhaps an even more radical change will occur. Perhaps the notion of archiving and preservation will become less valuable.

Think about how more temporal works today are archived -- performances can be photographed and videotaped, but they can never be experienced in quite the same way as they were the first time they were staged. The same is true with works that use decaying materials or site-specific elements of nature. It’s impossible to truly preserve these works in the same way that they existed when they were first made. Perhaps future art’s value will no longer hinge on its provenance or age. Perhaps, like Robert Smithson’s iconic work of land art, Spiral Jetty, some part of the beauty and value of the work will lie in its transience.

Whether we intend to develop methods of reliably preserving and archiving digital works, or we collectively choose to embrace the digital work’s inherently short lifespan, decisions being made now by artists, archivists, and curators alike will reverberate well into the future of art.