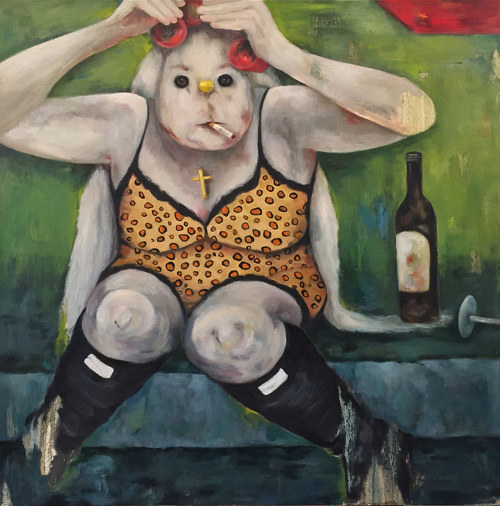 Jeannie Polisuk is a painter and sculptor based in eastern Canada. In her artistic practice, Jeannie creates two and three-dimensional artworks that use a symbolic visual language to address themes of memory formation and recollection through sentimental objects. 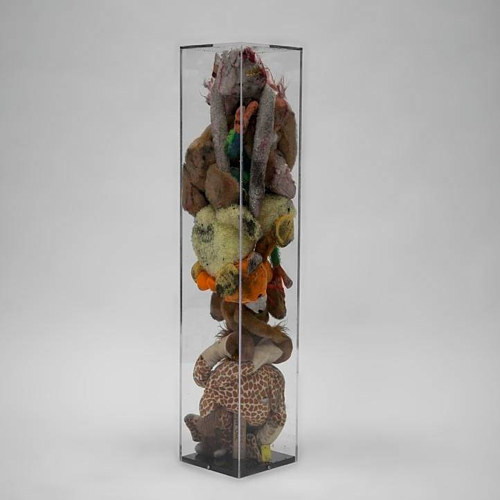 Soap as a Yardstick of Civilization, stuffed toys, yardstick

As we saw in our previous feature of Jeannie’s darkly iconographic artwork, an image of a stuffed rabbit made unnervingly animate appears as a recurring motif throughout the artist’s portfolio. The perceived “innocence” of this motif allows for a jarring sense of contrast when the artist places it in scenes that are often dark or overtly sexual in nature. In the viewer, this visual dissonance evokes a sense of discomfort and forces a moment of introspection in which the viewer tries to reconcile their present with their past, or their childhood. 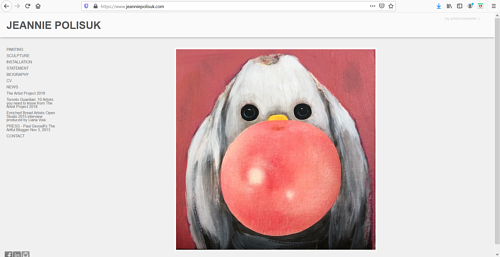 Jeannie’s sculptural artworks utilize similar motifs -- stuffed animals and toys, often with a ragged and dirty appearance, encased in glass or wrapped in twine so as to distort their familiar forms into strange and vaguely disconcerting or off-putting appearances. 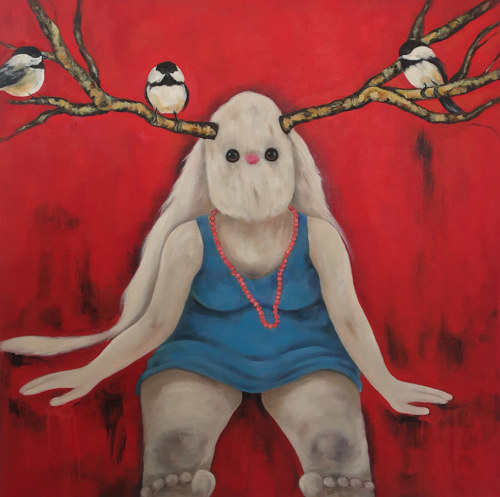