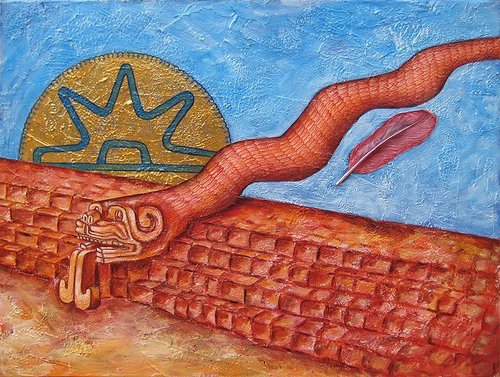 "Emily K. Grieves received a BFA degree in art from the University of Montana in 1993, followed by study of art history in Berlin, Germany, as a Fulbright scholar. She lived in San Francisco, California, for 10 years where she began exploring symbology, mythology, and ritual in her artwork, drawing inspiration from the celebrations and mysteries of life, and showing her work in numerous exhibits around the Bay Area. As of 2004, she makes her home in Teotihuacan, Mexico, where she has been greatly influenced by the cosmological imagery left in the 2000 year old pyramids." - www.emilykgrievesart.com 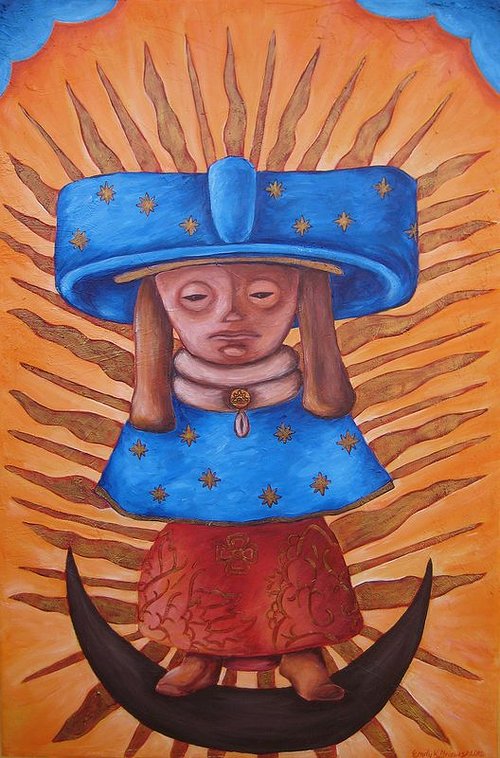 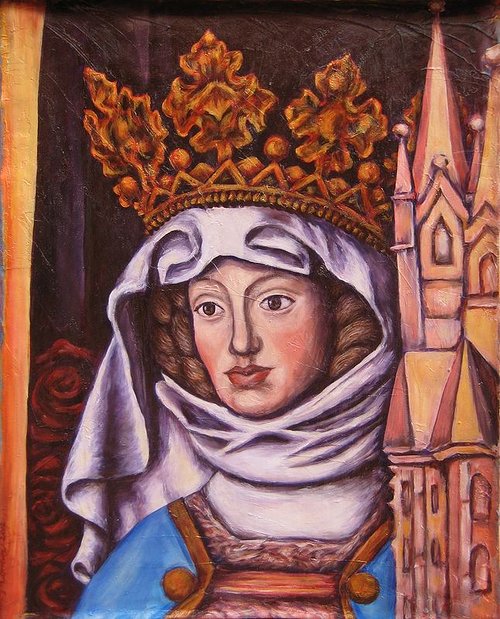