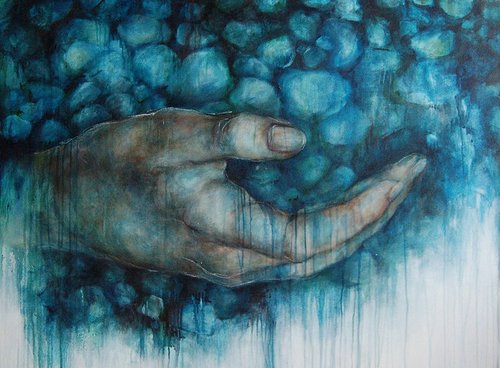 Today we are presenting a few examples from the artist website of Liba Labik. Many of the paintings by Liba feature hands. The hands are rendered in a fairly realistic approach to proportion, perspective and colour. I like that the artist shows that transparent quality to the skin on the hands which is quite a feat to portray. Also, there is a nice contrast in the realism of the hands and the surrounding loose and expressive paint application. To me, the hands seem to emerge from the splatters and drips of paint as though they are surfacing for air.

"Originally from the Czech Republic, Liba Labik (Liba) arrived in Canada in 1993. Liba created art since her early childhood and she continued painting and drawing aside from her environmental studies in Prague and her work for the Podyji National Park (Czech Republic). Liba’s former career as an environmentalist became very important in shaping her inspiration for her art work." - libalabikart.com 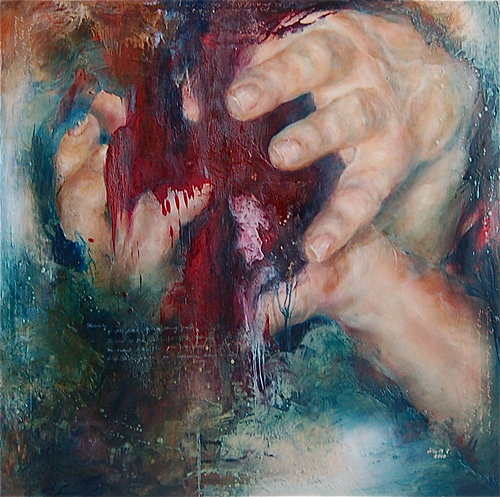 "The Sand of Time" 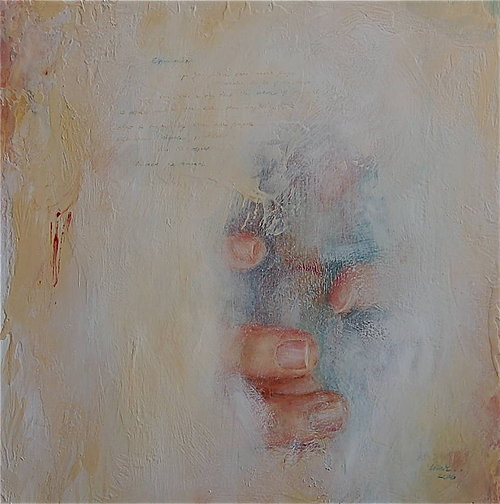