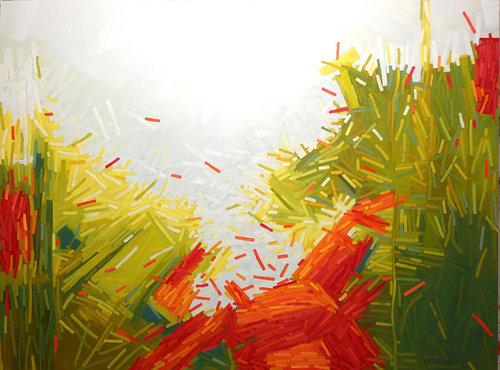 Ben Stansfield moved all across Canada as a child, and has been living and working in Toronto for the past seven years. In his artwork, he likes to explore complex patterns, often using simple geometric shapes and combining them in multitudes to create large, colourful images.

In his Confetti series, he uses painted rectangles and similar parallelograms, repeated in many different colours and directions, to build abstract pictures that are sometimes flowing and evocative, and at other times very structured. 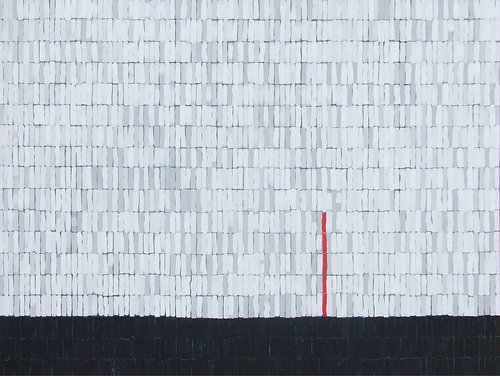 Ben’s other series, Towns and Cities, follows a similar convention of repeated geometric forms, but in this case they come together to suggest aerial views of civilizations. Some of these images incorporate narrow outlines as well, and almost remind me of architectural blueprints. Ben’s Towns and Cities work is a charming, novel look at the way humans create patterns, and a nice nod to his own time spent moving between many different cities and towns. 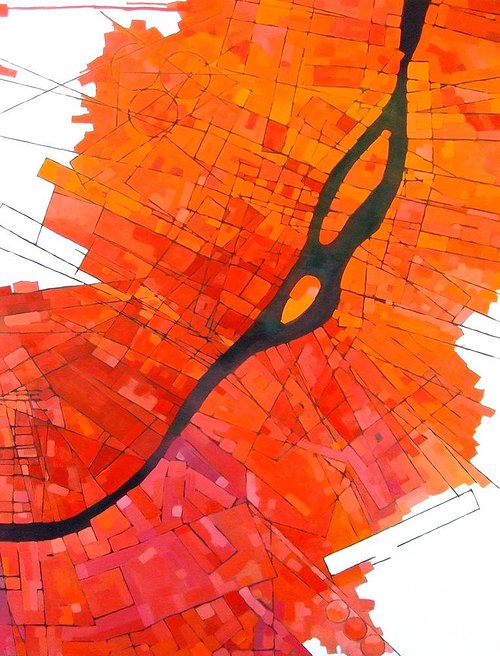