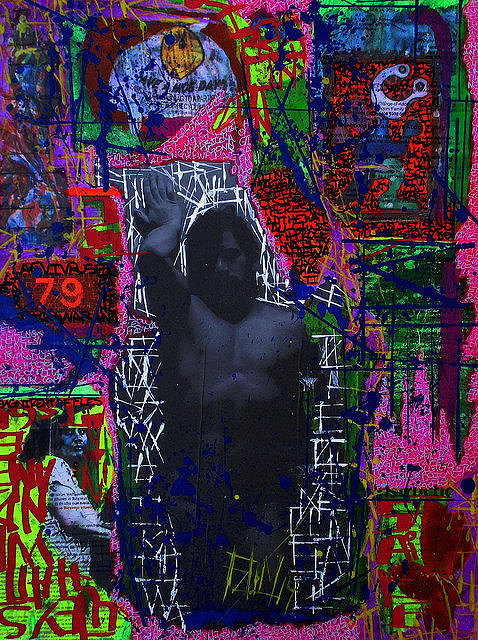 Instruction Guide for Self-Fathering (Indifference Not Included), acrylic and collage

Franck De Las Mercedes was born in Nicaragua and emigrated to the US as a child, growing up in New York.  His work could be described as psychedelic, frenetic, and at times even anxious. While the bright, garish colours of his paintings may not immediately invite the viewer in, a closer look at these artworks has great rewards. 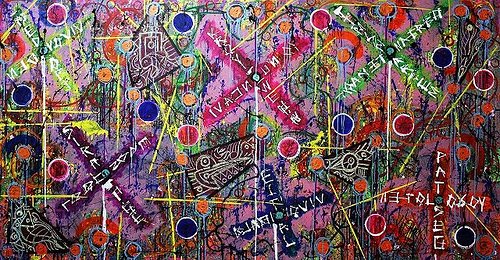 Often incorporating elements of portraiture, abstraction and text art all in the same image, Franck packs his wildly energetic work full to bursting with visual stimulation. His central placement of images, sometimes painted human figures and sometimes photographs of people, lends a sense of almost religious imagery to the artworks.

On his webpage, Franck links to his mixed-media works as well as the Peace Boxes project, which he founded in 2006. The project sees Franck creating and mailing boxes which he has painted, and which have been labeled as to contain abstract concepts like peace and love. The boxes are intended to create a public dialogue about the values we place on such concepts. 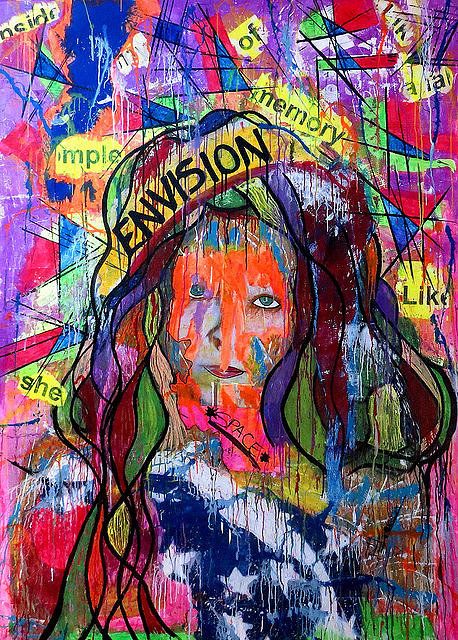 Healing the Unaffirmed, mixed media and collage on canvas