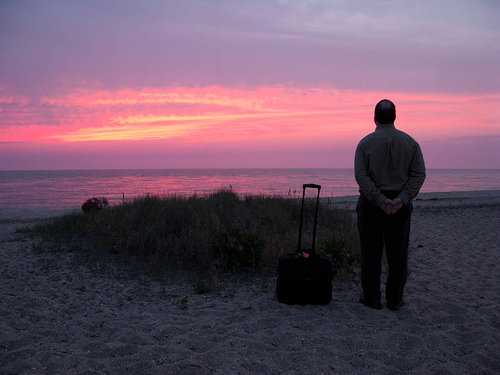 Photographer Ted Diamond talks a lot about the American Flag in his artist’s statement, however to focus only on that would be to overlook some of the other interesting work that he has produced.

I am quite taken with Ted’s series “A Man and His Bag” – which, at a glance is fairly self-explanatory, but upon a longer look is a great exercise in narrative photography, and tells an open-ended story that is up to the reader to interpret. The photographs themselves have the quality of family photographs taken on a tourist trip, but the ever present bag becomes a looming symbol of some greater secret. 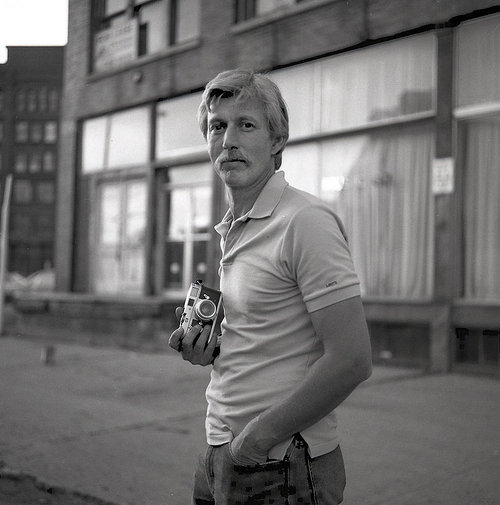 Ted’s webpage, www.teddiamond.com, also contains the aforementioned photos of the American Flag in non-conventional settings, as well as a series of photos of photographers, putting the artist on the other side of the camera. 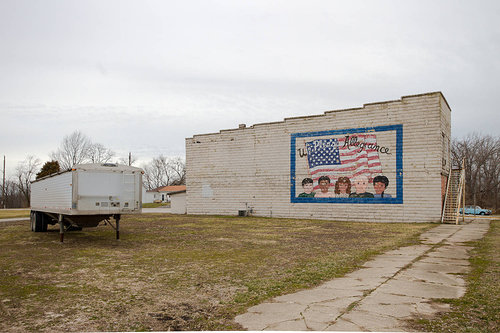